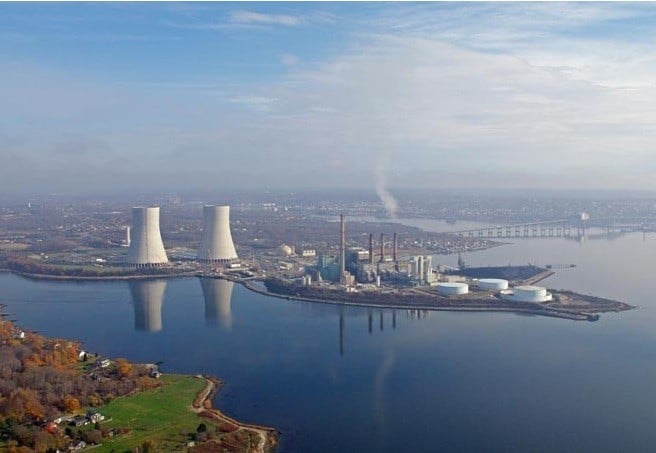 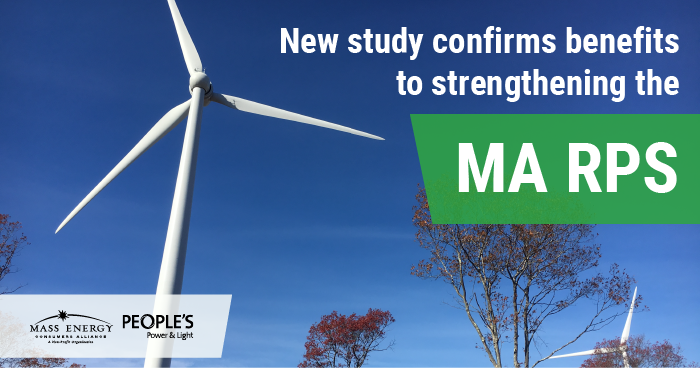 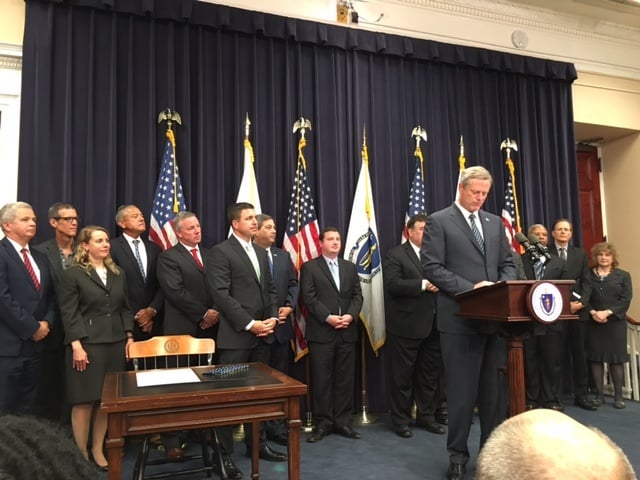 Late Friday morning, Mass Energy joined policy makers and stakeholders at the Massachusetts State House to witness Governor Charlie Baker sign Executive Order 569: Establishing an Integrated Climate Change Strategy. EO 569 directs members of the Baker administration to take steps to address climate mitigation and adaptation. Notably, the order sets August 11, 2017 as the date by which the Department of Environmental Protection must adopt regulations required to meet statewide GHG emissions reductions by 2020, in accordance with the mandates of the Global Warming Solutions Act (GWSA) Section 3d. Regulations establishing “declining annual aggregate emissions” for sources of greenhouse gases are several years past due. This failure to pass regulations as required by law is what prompted Mass Energy to join Conservation Law Foundation in its case against the Mass DEP,  Kain v. Mass DEP, that was heard before the Supreme Judicial Court last winter and unanimously decided upon in May. 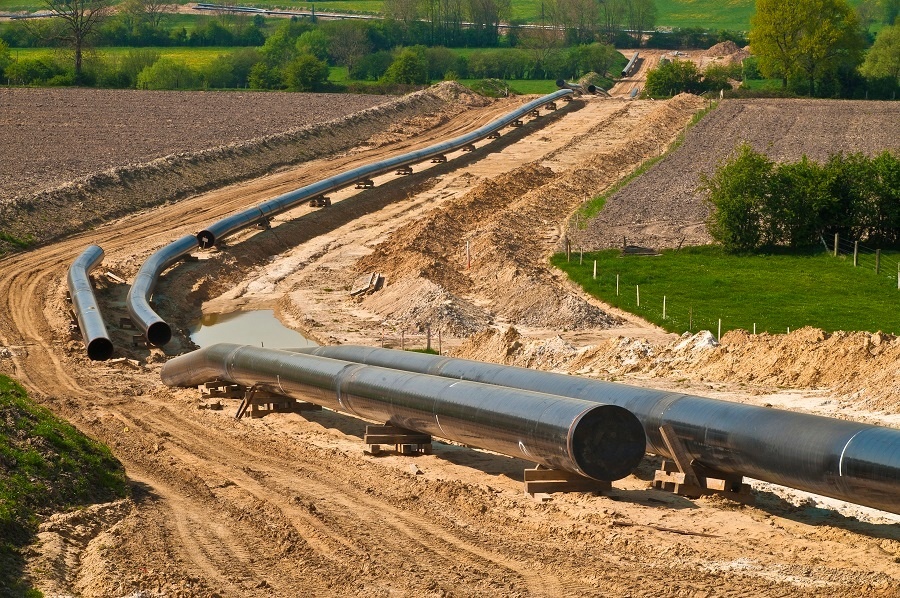 Our Clean Energy Director, Eugenia Gibbons, wrote an article debunking the Access Northeast letter to policymakers that is featured in Commonwealth Magazine today.

DPU approval for pipeline tax sought no more, but Spectra project still very much in the works 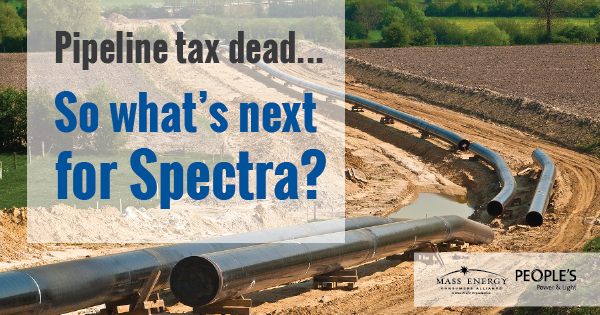 In light of SJC ruling, utilities withdraw petitions that would have allowed for pipeline tax. 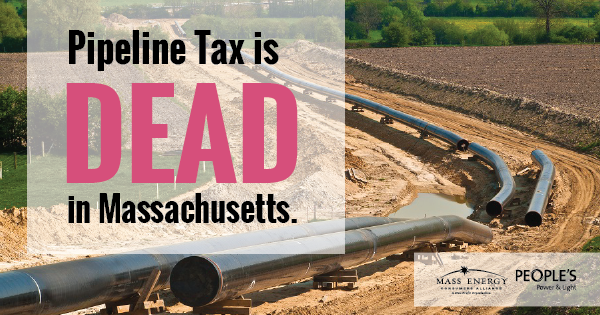 Boston, MA – The Massachusetts Supreme Judicial Court (SJC) issued a decision on Wednesday morning affirming what consumer and environmental advocates have maintained all along: the utility-proposed ‘pipeline tax’ violates Massachusetts law. The unprecedented scheme proposed by National Grid and Eversource and approved last fall by the Department of Public Utilities (DPU) would have allowed utilities to recover costs of long-term gas capacity contracts by applying an additional charge on consumers’ monthly electric bills. 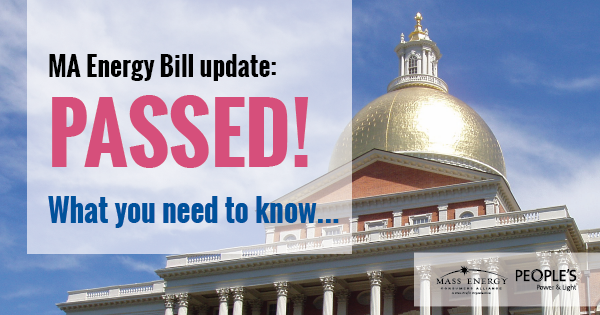 Late Sunday (July 31) night the Massachusetts Legislature passed H.4568, paving the way for the country’s largest offshore wind procurement ever. We want to thank the nearly 200 members who reached out to members of the Energy Conference Committee urging them to act to make the bill as comprehensive as possible. Although the final version does not include all the provisions we wanted, it is a step forward for renewable energy in Massachusetts. Here’s what you need to know about what passed. 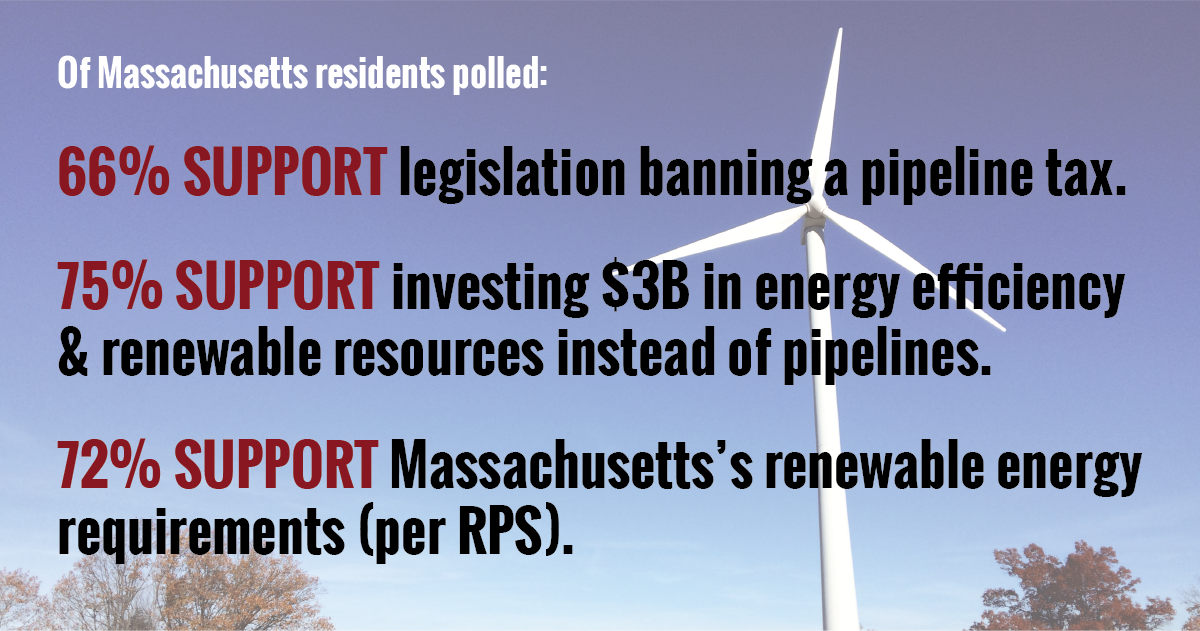 The People Over Pipelines march, which began on Thursday, July 14, culminated this morning in a rally at the State House. Nearly 200 people turned out in support of legislative action that would protect electric ratepayers from being saddled with costs from the proposed Spectra Energy Access Northeast project and others like it. At the same time that this rally was taking place, Mass Energy released the results of a survey of Massachusetts adults conducted by YouGov.com, an independent, bipartisan polling firm that conducts public opinion surveys worldwide.

The Natural Gas Pipeline Tax is Not Dead Yet. We Have Work to Do. 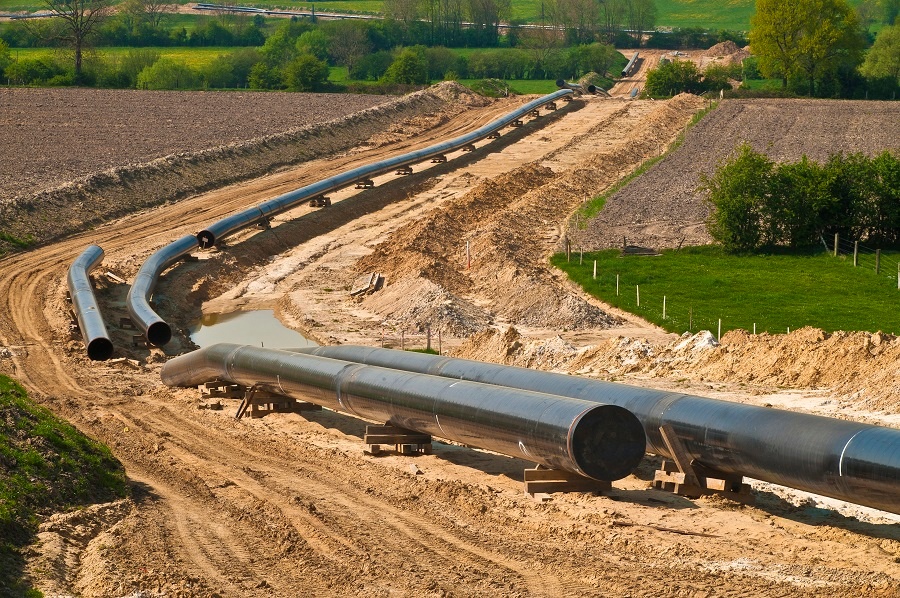 Last week, the Senate overwhelmingly passed S.2400: An act to promote energy diversity. Included in the bill was Amendment #1, a unanimously adopted prohibition of the proposed “pipeline tax.” Readers of this blog are aware that Mass Energy is strongly opposed to proposals by Eversource and National Grid to increase rates on Massachusetts electricity customers in order to finance Spectra’s Access Northeast $3 billion gas pipeline. We are thrilled that the State Senate has done its part to kill this bad idea, but the game is not over.