The People Over Pipelines march, which began on Thursday, July 14, culminated this morning in a rally at the State House. Nearly 200 people turned out in support of legislative action that would protect electric ratepayers from being saddled with costs from the proposed Spectra Energy Access Northeast project and others like it. At the same time that this rally was taking place, Mass Energy released the results of a survey of Massachusetts adults conducted by YouGov.com, an independent, bipartisan polling firm that conducts public opinion surveys worldwide.

Mass Energy commissioned the online poll which surveyed 541 Massachusetts adults (age 18+) and was conducted between July 13-15. From a statistical standpoint, findings can be considered accurate to a 95% certainty the accepted standard for social science research. They have a margin of error of 4.21%. 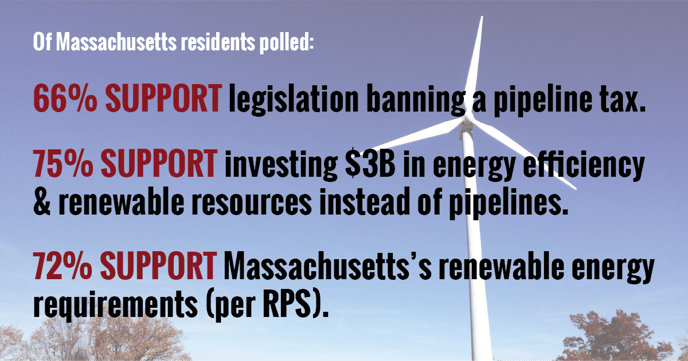 66% of respondents SUPPORT a pipeline tax prohibition. A mere 8% opppose a ban. 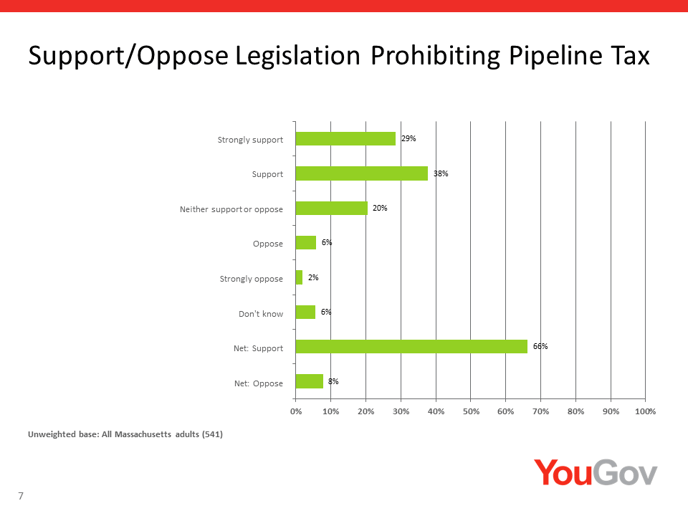 70% of respondents believe the state should increase investments in energy efficiency & renewable resources, compared to only 30% who support investing in new gas pipelines and infrastructure. 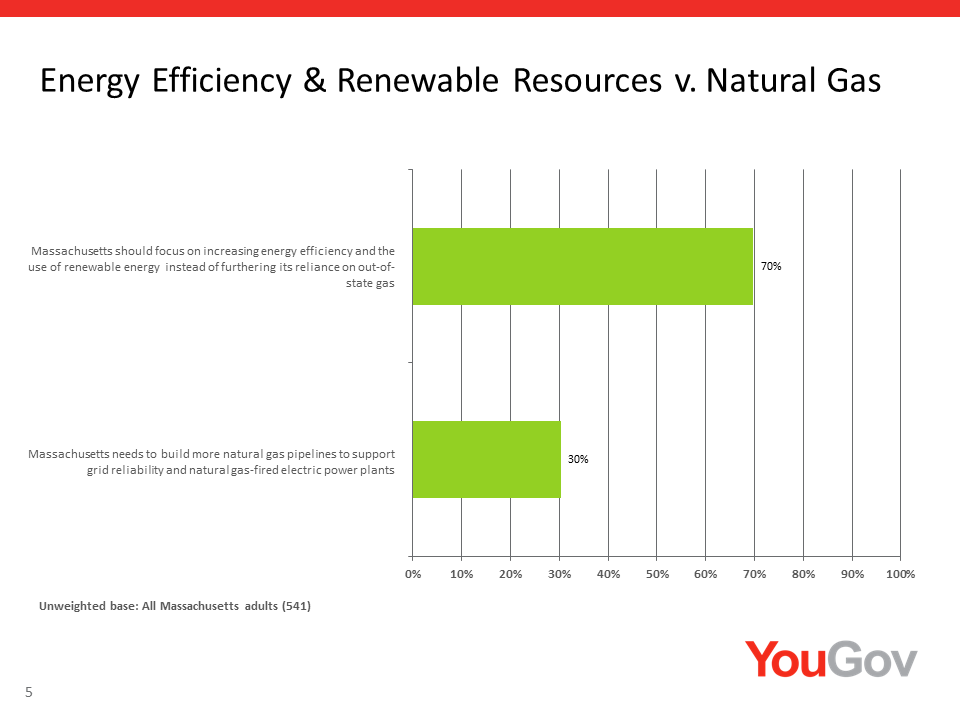 When given a hypothetical choice of how to invest $3 billion (the estimated cost for building Access Northeast), support for gas alternatives increases. 75% of respondents prefer energy efficiency and renewable energy resources, whereas only 25% prefer new natural gas pipelines and infrastructure.

The Renewable Portfolio Standard (RPS) mandates that electricity supply be composed of 15% renewable resources by 2020, increasing 1% per year so that by 2050 it is 45% renewable. Nearly two-thirds of respondents expressed support for these requirements. 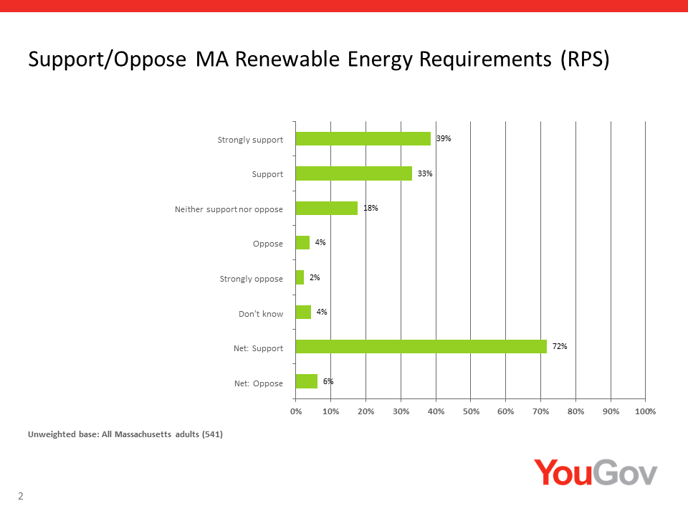 Those who read this blog know that Mass Energy strongly supports adjusting the incremental increase to 2% per year which will result in 80% renewable supply by 2050.

The results are timely. The House and Senate recently passed separate energy bills. Conference committee members, who met for the first time last week, will continue to convene over the course of the next two weeks to reconcile both versions and draft a final report before the session ends on July 31.

The Senate version of the bill included an amendment that expressly prohibits charging electric customers for fracked gas pipelines and related infrastructure. And although the House bill did not contain such language, 97 Representatives, a majority, are on record as OPPOSED to a pipeline tax.

You can still contact your House Representitive and Senator to urge them to support language in the Senate bill (S.2400) that would protect consumers, their constituents, from the proposed pipeline tax. Cite the results of this survey and the message conveyed at the Pipelines Over People march that consumers do not want to be made to assume the risks and costs associated with building unnecessary pipelines.

State Representatives should be asked to contact Speaker DeLeo and House members of the conference committee (Reps. Jones, Golden, and Dempsey) to express support for the pipeline tax prohibition included in S.2400. State Senators can be thanked for unanimously supporting the pipeline tax prohibition and encouraged to contact Senate President Rosenberg and Senate members of the conference committee (Sens. Downing, Pacheco, and Tarr) to express support for keeping the Senate language intact in a final bill.

Help spread the word about MA residents’ support for renewables and efficiency and opposition to a pipeline tax by sharing the results on Facebook and Twitter.