Our Clean Energy Director, Eugenia Gibbons, wrote an article debunking the Access Northeast letter to policymakers that is featured in Commonwealth Magazine today.

AS REPORTED LAST WEEK, the Massachusetts Supreme Judicial Court ruled that a utility-proposed cost-recovery scheme – the “pipeline tax” that would have helped finance Spectra’s Access Northeast project – violated the 1997 Restructuring Act. In response to this ruling, the project’s developers, National Grid, Eversource, and Spectra Energy, represented by John Flynn, Lee Olivier, and Bill Yardley, respectively, delivered a letter to policymakers assuring all that their companies are undeterred and remain firmly committed to the construction of new gas infrastructure. 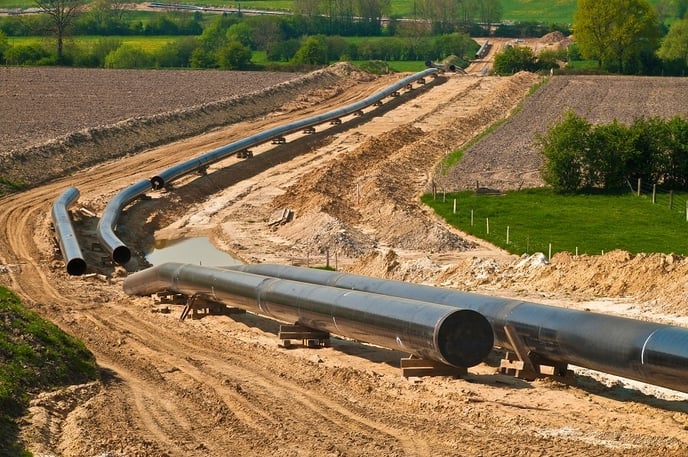 This reassurance comes after National Grid and Eversource formally withdrew petitions for contract approval that were before the Department of Public Utilities. They did so while reserving “their right to seek Department approval of the same or similar agreements in the future to the extent that, in the future, there is a change in relation to the Department’s legal authority to approve such agreements.”

If legislative change altering DPU’s authority is an avenue being considered by the utilities, it should be noted that the Legislature has made clear its position on ratepayer protections. In June, the Senate voted unanimously, 39-0, to ban a pipeline tax as part of its energy bill. A 97-member majority in the House took a similar stance in a letter delivered to leadership last April. The public, too, has been adamantly opposed to the pipeline tax.

Couched as a commitment to helping the region address its energy needs, Spectra Energy’s letter to policymakers is laden with dubious claims of reliability and price concerns that have been thoroughly discredited by a study released by The Analysis Group on behalf of Attorney General Maura Healey’s office, as well as in testimony submitted to the DPU by the Attorney General, the Conservation Law Foundation, and other energy experts.

In the letter, the developers assert that “the court’s decision provides no solution to the energy cost, reliability, and environmental challenges” we face today, and suggest that their project alone is the answer. But theirs is a narrow solution that will lead Massachusetts and the region down a path at odds with the clean energy transition already underway.

The court’s decision was crystal clear on the one point that mattered most in the case:  Massachusetts electric ratepayers cannot be made to bear the burden of new gas infrastructure.

Justice Robert Cordy wrote for a unanimous court: “The department’s stated motive in issuing the order is to correct a perceived failure of market-based incentives to encourage wholesale generators to contract for adequate pipeline capacity. However, its means of doing so, namely by reallocating risk onto the ratepayers, is clearly prohibited by legislative policy.”

On this, other states should take note. It is not that ratepayer financing does not make sense only for customers in the Bay State; the risks consumers would be exposed to do not make sense in any state for any electric ratepayer.

At the very least, other states in the region should consider how this decision will impact the costs and risks their ratepayers are being asked to bear and perhaps reevaluate how other measures (e.g., efficiency, hydro, renewables, etc.) now stack up against a newly constructed pipeline for which they may be on the hook for 20 years.

Massachusetts has a statutory obligation under the Global Warming Solutions Act (GWSA) to substantially reduce greenhouse gas emissions by 2020 and 2050. In fact, the Supreme Judicial Court ruled in May that the state has an imperative to achieve “declining annual aggregate emissions” by 2020. We cannot build out and use massive new gas infrastructure and comply with the mandates of GWSA.

States across the region are already successfully reducing demand for natural gas and gradually increasing the contribution made by energy efficiency and renewable resources. The comprehensive energy bill passed last month by the Legislature and signed by Gov. Charlie Baker two weeks ago will lead to even greater amounts of hydroelectricity and offshore wind brought online by 2030. These are the resources capable of meeting demand, ensuring reliability, and helping comply with greenhouse gas emission reduction mandates.

The law is clear. The policy framework exists. The reality is that we are pursuing this path and need to focus on implementing a strategy that achieves a clean energy transition. There is no space in that strategy for a fracked gas infrastructure project that makes sense neither economically nor environmentally. There is no justification for burdening any ratepayers in this way.  It is time to turn the page on gas. Massachusetts must accelerate its pursuit of a robust clean energy economy rooted in efficiency, hydroelectricity, and renewables. This is the future we share with our regional neighbors and one that cannot be derailed by contriving ways to pay for gas infrastructure that has no place in the tale.