The Electric Sector in the Massachusetts Clean Energy & Climate Plan 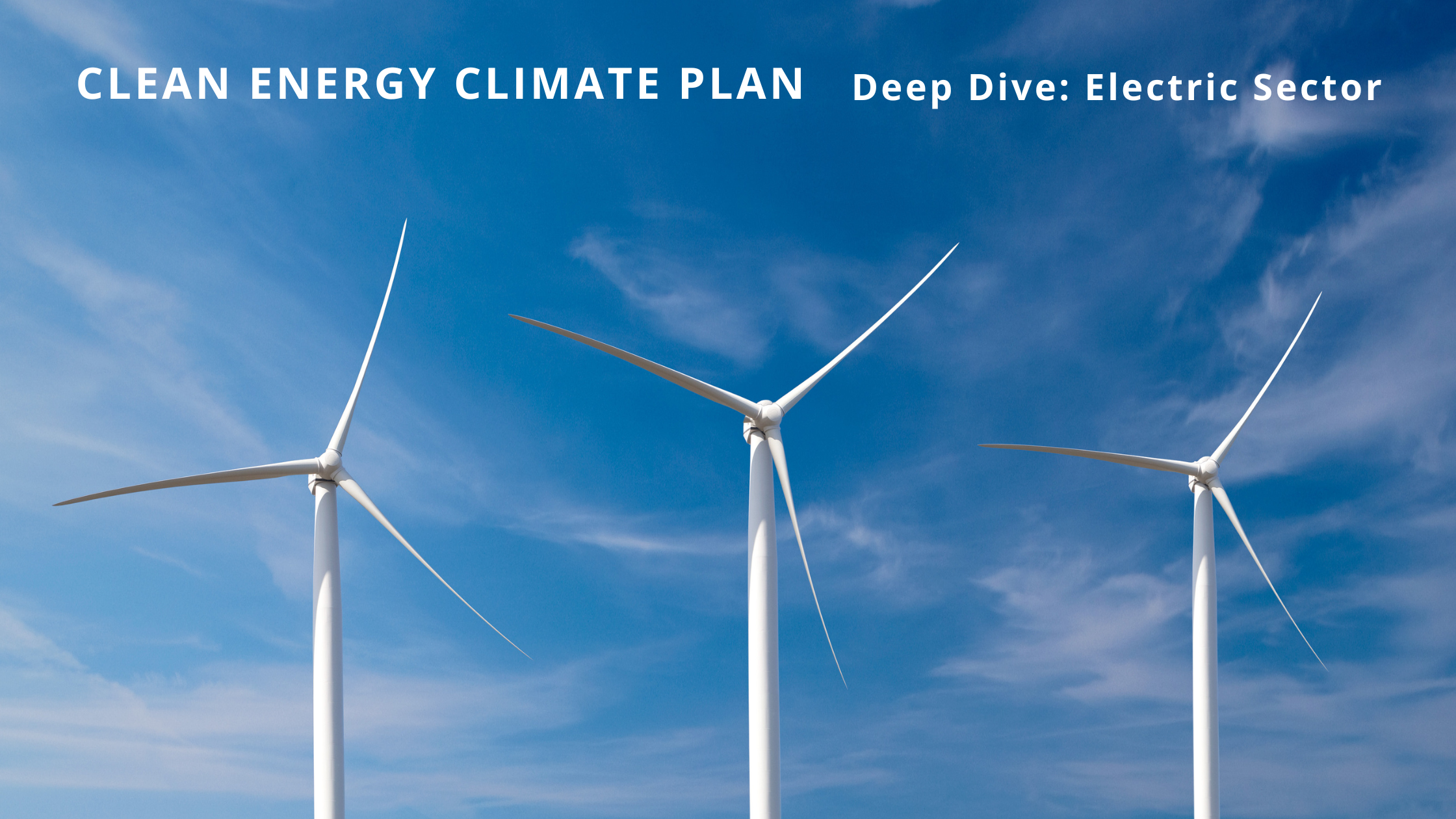 This blog covers strategies outlined in Massachusetts’ final Clean Energy and Climate Plan (CECP) to reduce greenhouse gas (GHG) emissions in the electric power sector. For more background on the CECP for 2025 and 2030, read this blog.

Thanks to policies like the Renewable Energy Portfolio Standard (RPS) and the Clean Energy Standard (CES), the Commonwealth has made significant progress in cleaning up the electricity supply in Massachusetts. For the rest of this decade, we will need to build on and accelerate that progress to meet the GHG reductions required by the Climate Roadmap bill that passed in 2021. In this blog post, we’ll go over what the Clean Energy & Climate Plan (CECP) has in store for the electricity sector and Green Energy Consumers' thoughts on that plan!

The CECP would have the electricity sector reduce emissions by 70% under 1990 levels by 2030 by increasing investments in offshore wind, hydropower from Quebec, solar, and storage. That would obviously represent an impressive achievement, but we think the target should be higher, both because we believe (a) that the sector can get cleaner faster and that, (b) if we only reduce electricity emissions by 70% by 2030, we will likely miss the economy-wide target (which takes all sectors into account) of 50% by 2030. This is because we cannot be confident that emissions will be reduced in the transportation and building sectors, which are harder nuts to crack.

To achieve the 2030 target for power, the CECP calls for increasing the Commonwealth’s Clean Energy Standard (CES) from 40% by 2030 to 60% by 2030. The CES requires supplier investment in sources such as wind, solar, nuclear, and hydro. As we have said before, we believe the CES should be increased to 60% well before 2030. In fact, by 2030, it should be 100%. That may sound ambitious, but Rhode Island recently passed a law committing to 100% renewable energy by 2033 (not including nuclear).

Make a Plan B and C

Massachusetts needs to find a clean source of base load to replace the oil and gas plants we need to retire in the coming years. The Commonwealth has for years pursued Canadian hydropower as that source. However, as you may have heard, voters in Maine recently rejected a plan to build transmission lines from Quebec through Maine to Massachusetts. The issue is now in court, but there’s a good chance that a transmission line will be built by 2030.

There needs to be a Plan B and a Plan C. There are other transmission corridors between the Bay State and Canada that should be considered. At the same time, the Commonwealth should be upping the ante on offshore wind yet again. Plans B and C need to be put in motion right away if they are going to have an impact by 2030.

The CES is a legal obligation of investor-owned utilities – Eversource, National Grid, and Unitil – to add renewable energy to our electricity over time. But the 41 smaller municipal utilities in Massachusetts have a separate obligation called the “Greenhouse Gas Emissions Standard” (GGES), which is, objectively, too weak.

This is a fundamental issue of equity. One way or another, ratepayers of National Grid, Eversource, and Unitil will be paying much more than ratepayers of municipal utilities for aggressive programs regarding wind power, solar, energy efficiency (Mass Save), electric vehicles, heat pumps, and more. It’s only fair to ask everyone in the state to help reduce emissions.

Finally, the CECP failed to utter one word about what we call “Green Municipal Aggregation” (GMA). Municipal aggregation is the process by which a municipality (a town or city) purchases electricity in bulk from a competitive supplier on behalf of the residents and businesses within the community. The fundamental characteristic that distinguishes GMA from traditional aggregations is that the default electricity supply in a GMA includes more Class I renewable content than required by the Massachusetts Renewable Portfolio Standard (RPS) and the CES. In our comments on an earlier draft of the CECP, we suggested that the Commonwealth develop a more supportive approach to cities and towns wishing to adopt the GMA model. 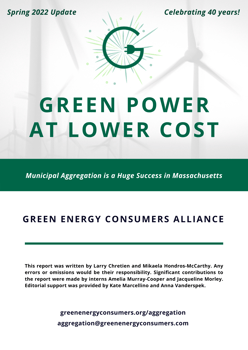 On July 2nd, we released a report detailing how successful GMA has been, despite the lack of support it has garnered from the state bureaucracy (particularly the Department of Public Utilities). We have looked closely at communities in Massachusetts with GMA and estimate that GMA is causing about 1 million megawatt hours per year of renewable energy to hit the grid – above and beyond what’s required by the Clean Energy Standard. And it's virtually unsubsidized. Furthermore, there’s the potential for even greater success. So, we remain befuddled and more than a little annoyed as to why the CECP does not recognize GMA as a strong contributor to the GHG reduction targets for 2025 and 2030.

You can read our comments on how the CECP addresses emissions reductions for the buildings sector and transportation sector, but we are also holding a webinar on July 19th to cover the CECP in detail. We hope to see you there!

P.S. The CECP comes out just as the conference committee in Massachusetts is working on the final version of a 2022 climate bill. This bill reinforces and complements many of the elements in the CECP. Please take a moment to reach out to your legislator to call for a strong climate bill! We have a page with instructions here.