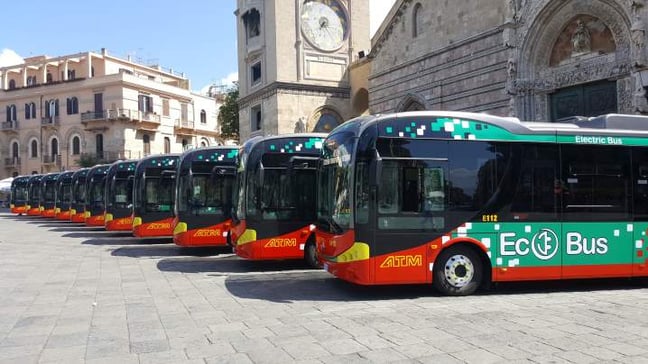 The electrification of the transportation sector is a win-win for climate change and air quality. Electric vehicles, including buses, will save us money in the long run while helping us to lead a much healthier, happier lives. And they can be a powerful environmental justice tool.

As we stated a few months ago, electrifying cars, buses, trains (and large ferries) is a critical and necessary step to clean up our transportation emissions mess. Electrification should be a key component of the much larger plan to offer a better transportation service: modern, cleaner and cheaper for everyone especially when considering long-term fuel and health costs savings. Electric vehicles (EV) provide a public health service because they eliminate noxious gases and particulate pollution that is so detrimental to our health, and the greenhouse gases (GHG) that are cooking the planet. That is why we are committed to help consumers switching to electric cars through our Drive Green program.

In this blog post we delve in the role of electric buses for air quality and climate.

We know that efficiency matters for electric cars. Combustion engines are generally inefficient compared to battery electric vehicles and a recent study has even quantified how much the ‘urban heat island effect’ is exacerbated by waste heat from gasoline cars. Medium and heavy-duty vehicles - such as buses –are also highly inefficient compared to their electric counterparts. The average fuel economy of a combustion bus – be it diesel, compressed natural gas (CNG) or a more modern diesel-hybrid – hovers around 5 miles per diesel gallon equivalent (mpdge). Conversely, an electric bus is four times more efficient, having an average fuel economy of 20 mpdge, as shown below. 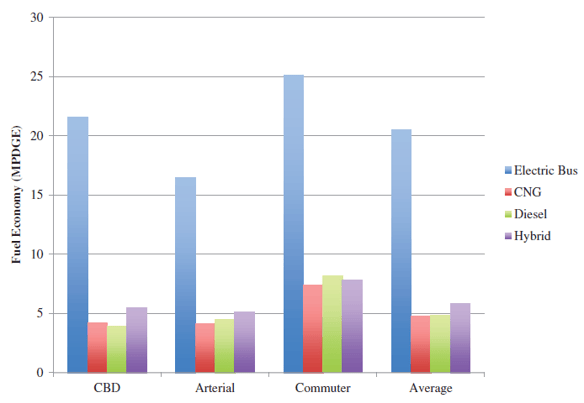 Even if batteries lose some range in cold and hot temperatures – this 2016 estimate from the Union of Concerned Scientists quotes a 35% reduction in range at 0°F and 95°F - an electric bus has still more than twice the efficiency of a combustion bus.

We often hear that electric buses are expensive to buy. On average, a 40-foot electric bus is priced at $750,000. However, just last spring the starting cost of a Proterra electric bus dropped to $700,000, the same price of a modern diesel-hybrid bus that many agencies tend to buy to replace older diesel fleets. Furthermore, the upfront costs for battery buses are projected to decrease further in the United States as bus manufacturing scales up because of increasing demand, and the price of lithium-ion batteries falls. With electricity prices already lower and less volatile than diesel’s, and with lower maintenance costs, an electric bus is already cheaper to own and operate over the vehicle's lifetime.

Agencies around the world recognize these multiple advantages and are rapidly moving away from fossil fuel buses. China still dominates the global market share for electric buses, but transit agencies across Europe and now North America are catching up because they recognize the economic value of this clean energy transition. Sustainable Bus keeps up with the latest news on procurement and deployment of battery electric technology around the world, and the list is getting longer by the day.

The electrification of the school bus fleet is also necessary. According to the American School Bus Council, there are about 480,000 yellow buses in the U.S., providing rides for more than 25 million kids every day. It is America's largest transit system, and it mostly runs on diesel. Electric school buses make sense because they provide children with clean and safer rides than any diesel or propane. To date, the electrification effort of the school bus fleet has been sporadic but growing steadily. Massachusetts was one of the first adopters, with three electric school buses piloted in 2015 and introduced in 2016 in Cambridge, Concord and Amherst. Just last week, we heard that manufacturer BlueBird has taken more than 100 orders for electric school buses and Dominion Energy Virginia announced plans for the nation's largest electric school bus deployment to reduce emissions, and provide cost savings to school districts. 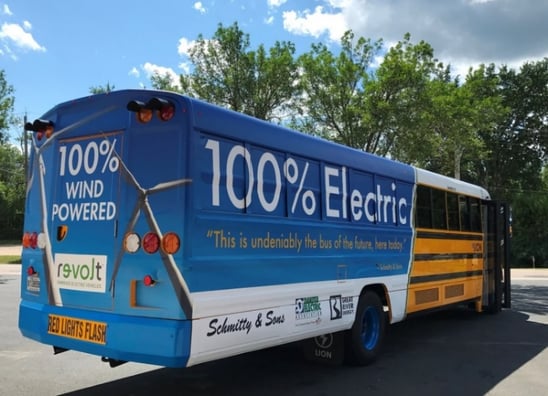 Using the most recently available public inventories and a combination of known and estimated fuel consumption numbers, we estimated GHG emissions in metric tons of CO2 equivalent (MT CO2e) for the Massachusetts Bay Transit Authority (MBTA), Regional Transit Authorities (RTAs) in Massachusetts, the Rhode Island Public Transit Authority (RIPTA), and the school bus fleets in Mass. and Rhode Island (see this appendix for data sources and calculation methods). We also added rough fuel cost estimates, based on the average price of diesel fuel and of CNG; we used $2/gallon for diesel (the price that the MBTA says it is paying for diesel fuel) and $0.7/therm for compressed natural gas (CNG). Numbers are approximated to the nearest integer and are based on the latest available inventory indicated in the Table. The appendix provides links to the data sources and reports emissions broken down for each RTA. 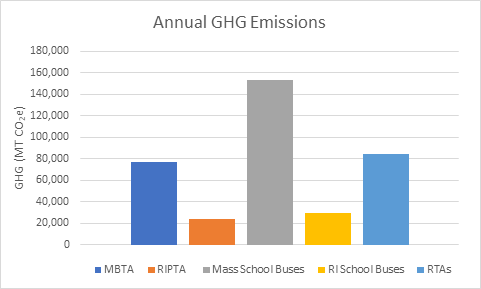 Since 2017, a few regional agencies have purchased and are deploying battery electric buses: Worcester, Martha’s Vineyard, and the Pioneer Valley Transit Authority are leading the way with 3 to 6 electric buses each. RIPTA has leased three electric buses in 2019 and is planning to scale up with the purchase of 10 electric buses in 2021. In July, the MBTA  introduced five 60’ New Flyer Xcelsior CHARGE buses on the Silver Line. The electrification of the school bus fleet is further behind, with only three electric school buses present to date in Massachusetts, and to our knowledge, none in Rhode Island. We also recognize that there are plenty of private school bus operators that need to be on board with this necessary transition (in fact, most of the school buses in Massachusetts are not owned by school districts). We need to scale up, and fast. Every vehicle matters.

Do We Know What We Are Breathing?

These days, it is unusual to see soot and fuel exhaust spewing out of a bus tailpipe on our streets. It still happens though, as you can see from the photos below. We know that what comes out tailpipes is not healthy to breathe, and diesel exhaust is particularly bad.

Invisible pollution can be equally harmful.

For example, modern diesel-hybrid engines can still release the smallest particles that are not captured by the diesel particulate filter. There is now evidence that ultrafine particles – which can also contain heavy metals - easily reach the lungs and enter the blood stream causing inflammation and weakening the immune system. Other ‘clean’ diesel technologies deployed in modern diesel-hybrid vehicles to reduce nitrogen oxides (NOX), carbon monoxide (CO), and hydrocarbons (HC) are under scrutiny as well. Recent studies have shown that even the most modern diesel-hybrid buses do not perform as well as advertised under real-world conditions.  Additionally, the typical catalytic converter in diesel-hybrid vehicles uses urea (NH3), which creates nitrous oxide (N2O) as an end-product. N2O is a known greenhouse gas (GHG), with a warming potential ~300 times greater than CO2. Furthermore, pollution controls in diesel-hybrid technologies do not eliminate many toxic gases and carcinogens, such as polycyclic aromatic hydrocarbons (PAHs), and most volatile organic compounds (VOCs). Even at low concentrations, VOCs and NOX are reactive in the atmosphere and lead to the formation of ground-level ozone, a known harmful pollutant. Finally, there is not direct CO2 mitigation in any of the existing pollution reduction technologies deployed in modern combustion engine vehicles. That is why when comparing any combustion bus to its electric counterpart, it is not hard to see that the electric bus is the healthiest choice. 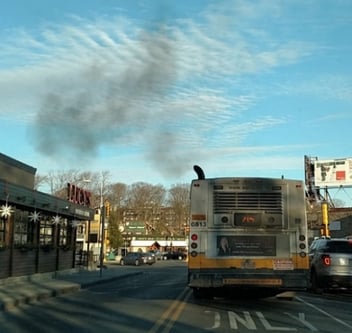 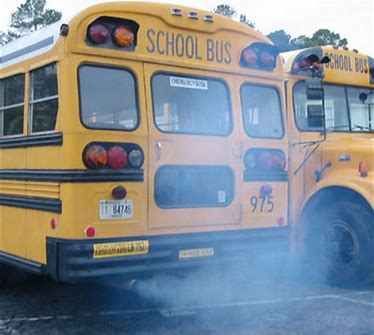 Beyond the Bus: Charging Infrastructure

Most bus manufacturers these days offer full turnkey solutions to help transit agencies plan and build the necessary infrastructure, and more management tools are coming online to optimize charging. Best practices are also shaping up: for example, the World Resource Institute (WRI) has recently created a roadmap for transit agencies to plan for electric bus adoption at large scale. They identified early formalization of a long-term infrastructure plan for large-scale fleets as one of the critical recommended steps. 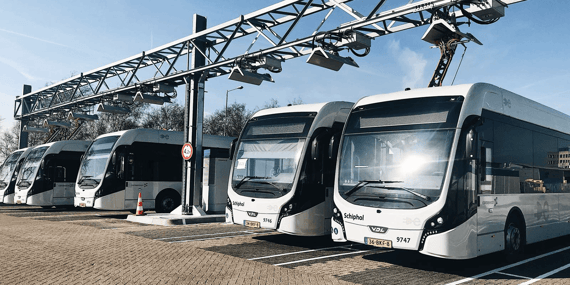 There are also Federal Transportation Administration funding programs for both zero emission buses and bus infrastructure, such as the ‘Bus & Bus Facility’ and the ‘Low and No Emissions’ programs, which typically cover 80-85% of a funded project. The funds from the Volkswagen (VW) Clean Air Act Civil Settlement can also be used to match federal grants to replace model year 2009 or older engines. Furthermore, utilities are also getting into the game with incentives for the charging infrastructure for buses.

While these are important financial and logistical aspects to be addressed, the benefits of eliminating ALL combustion engines are what we need to focus on to address the urgent air quality and climate needs that we face as a society.

The electrification of the bus system has a strong environmental justice component as well, because it is typically low-income and blue-collar workers who depend upon the bus for getting to work, to school and to medical appointments. In Greater Boston, buses are often the only way of getting around in communities like Chelsea, Everett, and Dorchester, which are among the most polluted due to both industrial and traffic emissions.  Accessibility to clean transportation should be an integral component of a just transition to clean energy for communities and population sectors that have been historically more burdened by the adverse health effects of pollution. Similarly, electric school buses are an environmental justice tool for kids in many places around the country that are overburdened by pollution.

Electric buses are not only efficient and cost-effective, but they can also be a public health tool to be deployed in places where people need clean air the most. 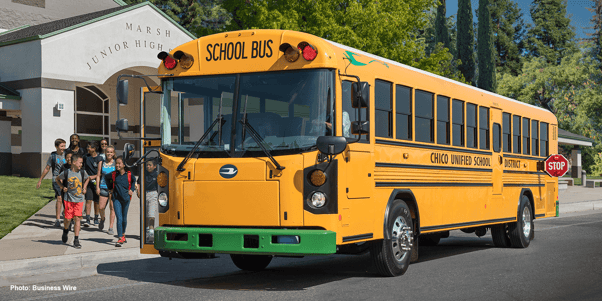 An electric yellow bus outside of a school in California

PS: If you would like to learn more about electric buses operating in cold weather cities, watch this 4-minutes video from Winnipeg Transit, Canada.