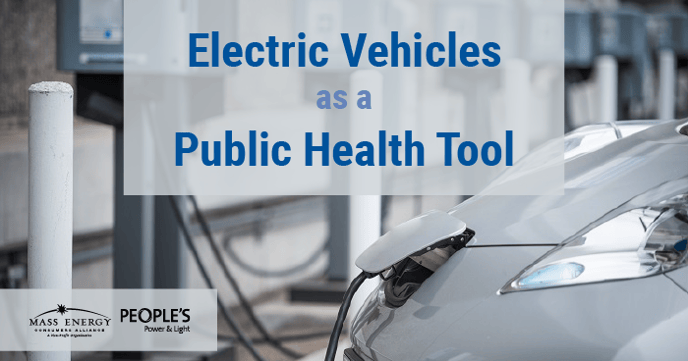 We talk a lot about the need to reduce our reliance on fossil fuels to fight climate change. We run programs and support policies in an effort meet our states' greenhouse gas emissions reduction goals: in Massachusetts, the statutory requirements of the Global Warming Solutions Act, in Rhode Island, the Resilient Rhode Island Act. With our climate going haywire (see the record-setting droughts, floods, and heat waves of 2016) and the emissions reductions of electric vehicles, climate change is one of the reasons we launched Drive Green with Mass Energy and People's Power & Light. But, setting climate change aside for a moment (a big ask, we know), replacing internal combustion engines on our roads with electric vehicles should still be a state priority. Why?

Internal combustion engines create air pollution in two ways: (1) by releasing primary pollutants directly into the atmosphere and (2) by creating secondary pollution when direct emissions react chemically with elements of the atmosphere.

Burning gasoline produces many different pollutants (too many to list in one blog post!), among them the six criteria pollutants for which the Environmental Protection Agency (EPA) has set standards thanks to the Clean Air Act: ground-level ozone, particulate matter, carbon monoxide, lead, sulfur dioxide, and nitrogen dioxide. Though we have made great progress in reducing emissions of these pollutants (particularly lead, with the phase-out of leaded gasoline), new research has prompted the EPA to set stricter standards over the years, and today more than 150 million people in the United States still live in counties whose air quality does not meet these National Ambient Air Quality Standards (NAAQS).

Let's meet some of these polluting culprits and their crimes:

(For more information about these pollutants, please see the Union of Concerned Scientists' "Cars, Trucks, and Air Pollution" page or the Federal Highway Administration's Transportation Air Quality Selected Facts and Figures. It's also important to mention that we are limiting our discussion here to the burning of fuel - extracting, refining, and transporting fuel of course all produce dangerous emissions of their own.)

In addition to these pollutants and their affects, climate change itself is a public health threat and carbon dioxide emissions from vehicles are a leading cause of climate change. We wrote about that a couple of years ago when our director’s daughter contracted a new tropical disease. 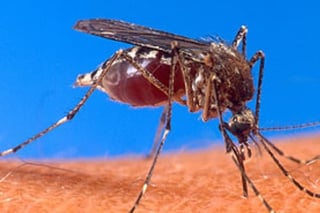 Physicians for Social Responsibility has a great overview of the impacts of climate change on health that discusses everything from longer allergy seasons, heat-related illnesses, water contamination (bacteria love warmer water), air quality deterioration (warmer air temperatures speed up the reactions that produce ground-level ozone), and vector-borne diseases (mosquitos, for example, thrive in the warm, wet environments that climate change is bringing). You can read through their website here.

As climate change makes areas uninhabitable and large groups of people begin to move – either because their farmland has become too dry or the rising sea level has flooded their homes – these health threats will be exacerbated as uprooted communities lose access to health care.

Who is suffering and how much?

The health impacts of these and other pollutants affect all of us but are most dangerous for children, the elderly, and people whose bodies are already weakened by existing diseases, particularly respiratory illnesses and heart conditions. As is the case with pollution from power plants and other sources, air pollution from cars and trucks and its associated health problems are worse in poorer communities and disproportionately affect communities of color.

This pollution imposes significant costs on individuals and on society as a whole: in healthcare costs, lost workdays and lowered productivity, and human suffering. The American Lung Association (AMA) published a report in 2016 that found that, in 2015, in the 10 states they studied, the health and climate costs of internal combustion engines in passenger vehicles amounted to $1.55/gallon. That’s $24 billion in health costs and $13 billion in climate costs in 2015 alone. Though we may not be paying it at the pump, we are all bearing the costs of the true cost of burning gasoline.

We've written elsewhere about how electric vehicles produce less carbon dioxide emissions than gasoline- and diesel-powered cars because our electric grid's energy sources as a whole are cleaner (and getting cleaner all the time) than just burning straight fossil fuels in your vehicle. The same is true for other pollutants.

As a result, electric vehicles are a powerful tool to reduce harmful air pollution. The AMA has estimated that if the ten states participating in the Zero Emission Vehicle (ZEV) program (including both Massachusetts and Rhode Island) manage to convert 65% of the vehicle fleet to zero emission vehicles by 2050, we could see $20.5 billion annually in health benefits.

Our states have recognized the importance of electrifying transportation and are incentivizing getting people out of fossil-fuel-powered cars and into electric cars. Both Massachusetts and Rhode Island have an electric vehicle rebate program that offers up to $2,500 off of a new electric vehicle. These state rebates are in addition to federal tax credits of up to $7,500.

To make it easier for you to purchase or lease a new electric vehicle, we have negotiated significant discounts at dealerships across our two states - in addition to the state rebates and the federal tax credit. For more information and to sign up, please see www.massenergy.org/drivegreen (for MA) or www.ripower.org/drivegreen (for RI).

A note on buses

Cars are not the only culprits. Trucks, school buses, and public buses all produce noxious emissions. Buses in particular release emissions in areas not well suited to dispersing them quickly – dense city streets with limited leaf cover.

That’s why we are huge proponents of electric buses. Several cities and school districts have adopted electric buses. Locally, Worcester has six electric buses in its public transportation fleet and Concord is proud of its new all-electric school bus. But we can do much more. Seattle just decided to purchase 73 all-electric buses and London will soon have more than 120. Electric-bus manufacturers are expanding – like Proterra in the United States and Microvast in China. But Boston and Providence still don’t have any all-electric buses in their fleets. We think it’s time they get moving. 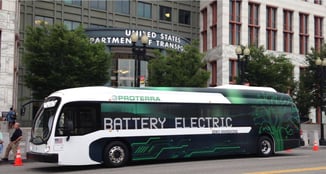 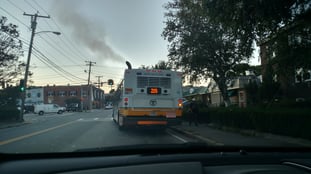 Where would you rather breathe?