This Winter Adds to the Evidence: We’re Slow Walking on Climate Action 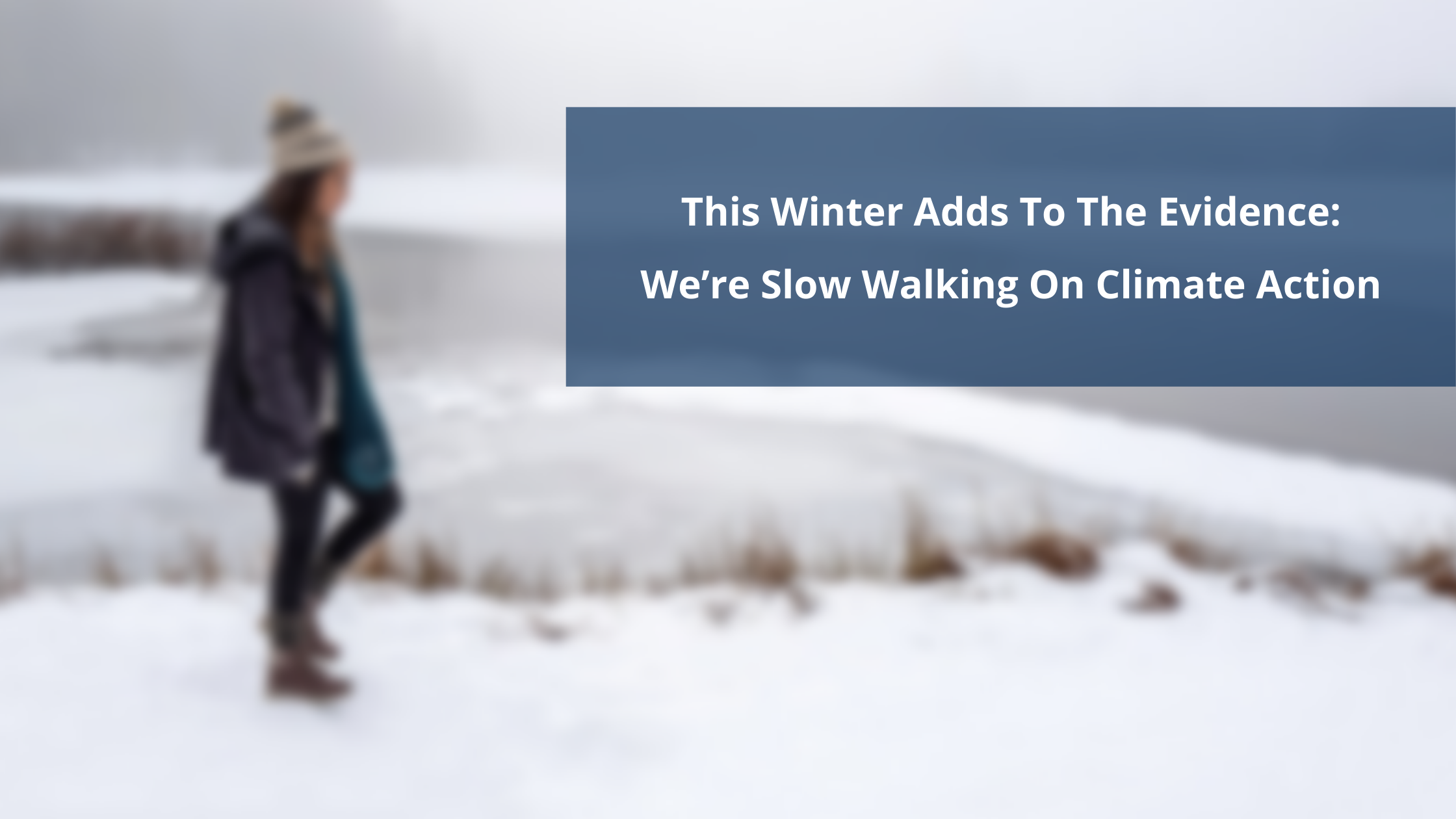 For those of us in the climate action movement, it’s tiring to ask the question, “What will it take to get policymakers to see the climate crisis as something deserving big, rapid changes in how we produce and consume energy?” Evidently, it’s not forest fires, melting glaciers, heat waves, or hurricanes. This winter, the climate crisis, and our fossil fuel addiction are leading to other consequences: expensive electricity and lots of oil burning. And yes, we’re still not seeing nearly enough action.

Exhibit A: Oil Is Back Powering Our Grid

The organization that runs the New England power grid, ISO New England, shows us which energy sources are being used at any given moment. For the last few weeks, the six New England states have been burning an extraordinary amount of oil at very high prices. As this is being written, over 20% of the region’s power is coming from oil (if you want to see what’s powering our electric grid, click here). This quantity of oil might shock those of us who thought our grid was pretty much free from dirty petroleum and relied mostly on natural gas, nuclear, and renewables. After all, throughout 2021, just 0.5% of the region’s mix came from oil.

What is making 2022 so different? Worldwide, the price of natural gas (aka methane) has skyrocketed. Power plants that used to default to cheaper gas are now burning oil instead because switching to oil increases their profits in the face of higher gas prices. The world’s addiction to gas, and New England’s addiction to fossil fuels, is causing us to burn oil again.

This is easy. We’re paying a lot for power that makes us sick and that makes the planet hotter. Some of the six New England states have great laws with requirements to reduce emissions by 2030-2050. And they have plans to achieve those requirements, all of which rely on declining emissions in the power sector. If 2022 keeps going as it is with oil in the mix, we’re taking a big step backward.

Recent Failures That Got Us To This Point

There are certainly relevant items that could be added, but here’s just one list of particulars:

Here you can see the resources used and the resulting carbon intensity of the power consumed in Great Britain on January 29, 2022. Wind produced more than half the electricity: 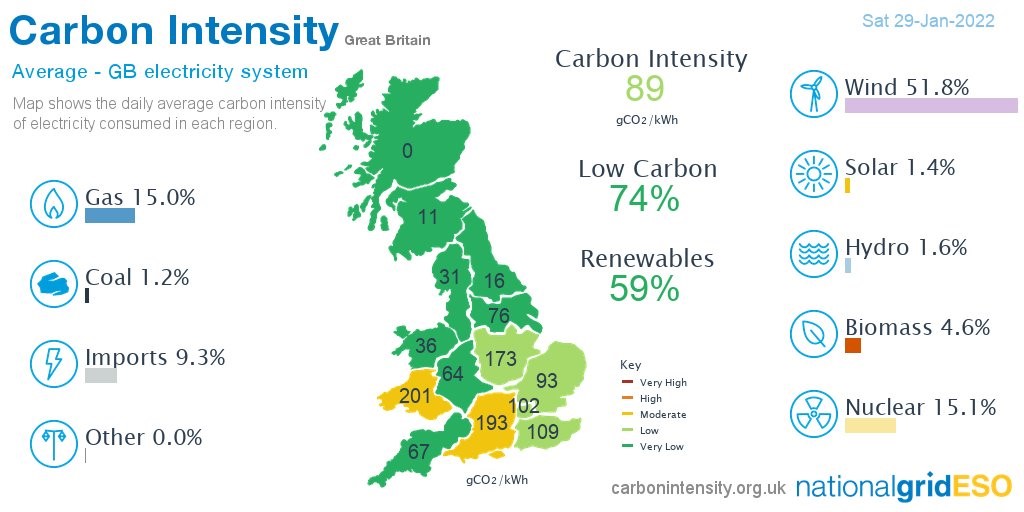 We Need Action On Transportation & Buildings, Too

In addition to moving too slowly on cleaning up the electricity grid, we can also say with sad confidence that we’re lagging in other areas.

When you put it all together, it seems that Greta Thunberg has it right.  What we’re getting from people in authority, even in our bluest of regions, is just “Blah, blah, blah.”

As tempting as it is to lay all the blame on the politicians, we have to acknowledge that while public opinion polls show really strong support for climate action writ large, enthusiasm sometimes breaks down when it comes to siting projects and pricing carbon. This is why we need to “overbook” and put enough emission-reducing policies and projects on the table to compensate for the possibility that some will fail.

Finally, as we contemplate our guzzling of petroleum in power plants and SUVs, watch this footage about a disgusting oil spill in Ecuador.

🆘URGENT! New oil spill in Ecuador on the banks of the Coca river, in what appears to be a new rupture of the @OCPEcuador pipeline. Over 27,000 Kichwa living downriver still suffereing impacts of massive April 2020 oil spill. Government & courts did nothing. This is the result. pic.twitter.com/eTgwtO4kvv