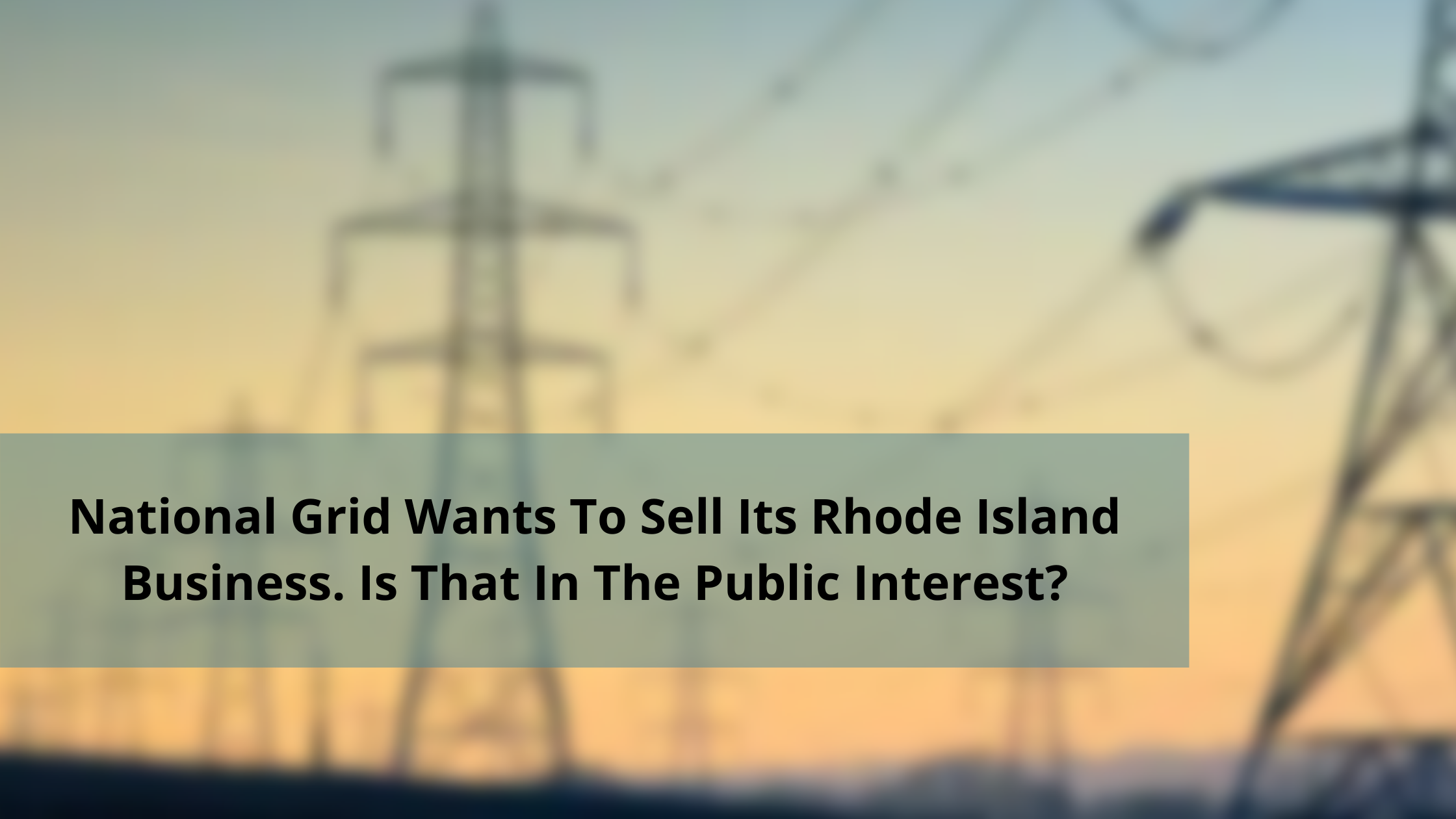 Almost all of Rhode Island’s natural gas and electric customers are currently served by National Grid, an investor-owned utility. Utility companies are what economists call a “natural monopoly” because it doesn’t make sense to have several companies running electric wires and gas pipes all over the place. Thus, the state allows National Grid to exclusively own all the electric and gas transmission and distribution infrastructure.

And because the utility company is a monopoly, it’s subject to state regulation and oversight.  The Public Utilities Commission (PUC) approves rates and services on behalf of ratepayers.  And, per Rhode Island law, a different state agency called the Division of Public Utilities and Carriers (DPUC), has the authority to approve the proposed sale to PPL.

Rhode Island utility law stipulates that the sale must be consistent with the public interest; past precedent has established that the sale must result in no net harm to the public.  Over the next few months, as the DPUC weighs National Grid’s petition to sell, it is crucial that the companies and the DPUC prove that the sale will not cause “net harm” to consumers and the environment.

This petition comes at a moment when Rhode Island has passed binding emissions targets in Act on Climate and is seriously considering a statutory requirement of 100% renewable electricity by 2030. And as the electricity distributor, administrator of energy efficiency programs, and owner of the network of gas pipelines, the utility has a central role in our state’s transition to a low carbon future.

Green Energy Consumers Alliance will participate in this proceeding and do our best to represent the interests of consumers and the environment. Our immediate thoughts and questions about the deal include the following:

To get to the heart of the matter will require a careful review by the DPUC, but we cannot afford to put on hold Act on Climate implementation and all the associated items mentioned above. We challenge National Grid, PPL, and state agencies to keep moving on key public processes—like the transition to 100% renewable energy, supported by another offshore wind RFP.  But if the process does indeed cause a delay in truly acting on the climate as called for by the law, then PPL must be ready with binding clean energy commitments to make up for lost time. Otherwise, there will be net harm to Rhode Islanders and that would be against the law.

Green Energy Consumers and our friends will be watching and speaking out. This is a big deal for more than just the investors of National Grid and PPL—the future of Rhode Island’s energy system and climate goals are at stake.