The Act On Climate will make sure that Rhode Island has a plan to reduce its emissions 40% by 2030 and to net zero by 2050. However, one thing that the Act On Climate does not do is explain exactly what will be in this plan. We think that’s appropriate; the plan to reach net zero should be produced by the executive branch as a result of an inclusive process. The legislation itself requires a process that includes an array of stakeholders, including climate and energy experts, environmental justice communities, and labor representatives.

We already have an idea of what energy policies will be needed based on findings from other states and on the numerous past studies on Rhode Island energy transition. And there are multiple policies currently before Rhode Island legislators that could make it a whole lot easier to reach those climate goals.

To Act On Climate, Rhode Island must reduce emissions in the three major sectors of its emissions: transportation, buildings (especially from heating and cooling commercial and residential buildings), and electricity. Legislation that is currently before the General Assembly will help us get there. 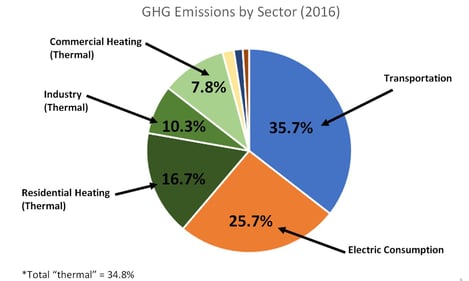 To reach the Act On Climate goals, Rhode Island needs to address emissions from all three of our major emissions sectors—transportation (36%), heating (35%), and electricity (26%).

Three Policies to Act On Climate

S0629 and H5762 would update Rhode Island’s existing Renewable Energy Standard—which currently has Rhode Island hitting about 30% renewable electricity by 2030—to reach 100% renewable by 2030. The Renewable Energy Standard is a policy first adopted in 2004. It sets a minimum percentage of electricity sold in the state that must come from renewable sources. It also ensures clear tracking and accountability for our renewable energy goals.

If we don’t increase the renewable energy standard, Rhode Island will have a big surplus of renewables that we aren’t getting credit for. Currently planned renewable energy development, including 400 MW off offshore wind from the Revolution Wind Project and 600 MW from an offshore wind procurement announced last fall, is on track to get us 82% of the way to our 100% goal by 2030 as we wrote in September. Passing the updated Renewable Energy Standard will ensure that the market for renewable electricity aligns with state requirements and that we close the small gap to get the rest of the way to 100%.

To address emissions from the buildings sector, we’ll need to cut down on the energy needed to heat and cool buildings. The best way to do that is to extend our successful utility-run energy efficiency programs, which are currently slated to expire at the end of 2022. We can also further save energy by updating our appliance efficiency standards, which set a minimum level of efficiency required in products sold in the state.

The brilliance of this policy is that every dollar that goes into these programs produces far more than a dollar’s value in reduced utility bill costs, health benefits, and reduced emissions. Since 2006, our energy efficiency programs have reduced electricity demand by 10% compared to business as usual. They’ve also reduced over a billion tons of carbon dioxide emissions, created thousands of jobs, and saved Rhode Islanders hundreds of dollars on their utility bills. H6144/S0634 would ensure we have these programs through 2035.

Rhode Island could cut building emissions even more by passing energy efficient appliance standards (S0339/H5966). As we have written, appliance standards are the best policy you’ve never heard of. They work under the radar to reduce emissions by taking the least efficient appliances off the market. The bill that is before the General Assembly this legislative session would raise the minimum required efficiency for eighteen products in the state, including faucets, computer monitors, and restaurant equipment. The standards would lead, annually, to the equivalent emissions reductions of taking over 2,000 cars off the road for a year; the water consumption of 6,000 households; or the electric consumption of 4,000 households. In dollar value, new appliance standards would save $13 million collectively on utility bills every year.

For about 80% of Rhode Islanders, a gas-powered car is the default mode of transportation. This is really bad for the climate, as cars are the single largest source of greenhouse gases in Rhode Island. Our reliance on gasoline is also bad for the health and quality of life for Rhode Islanders, since tailpipes emit pollutants that diminish air quality and inflame asthma and other respiratory conditions.

The good news is that investing in alternatives to gas-powered cars—electric vehicles, transit, and active mobility paths for walking and biking—can decrease the state’s carbon footprint while creating more options for Rhode Islanders to get around the state affordably and safely.

The Transportation & Climate Initiative (TCI for short) is a regional effort to invest $20 million annually in low-carbon transportation options. The program would collect the revenue by levying an approximately 5-cent-per-gallon fee on gasoline and diesel suppliers and distributors when they enter Rhode Island. TCI is expected to cut the state’s emissions from transportation by roughly 26% between 2023 and 2033, and the impact of the program could be much larger if other states in New England and the Mid-Atlantic jump aboard. Rhode Island is one of three states (Massachusetts and Rhode Island plus Washington, D.C.) to have signed on to the regional program already.

In the coming weeks, we expect legislators to file a TCI bill to enable Rhode Island’s participation when the TCI program begins in 2022. We look forward to working with Governor McKee to develop a strong program in Rhode Island. But importantly, Rhode Island will see all the benefits of TCI, regardless of how many other states participate (though we hope they’ll see how effective the program is and join us for more overall emissions reductions!). 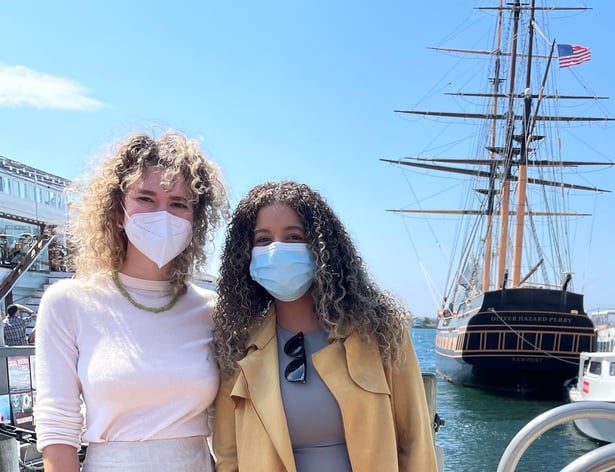 An Opportunity for Rhode Island

The Rhode Island Governor and the General Assembly have a chance that they have never had before: to act comprehensively on climate change by passing these pieces of legislation into law. Together, these will make Rhode Island a leader on climate action and set a clear path forward to net zero by 2050.