New Massachusetts climate Policy and what advocates must do now 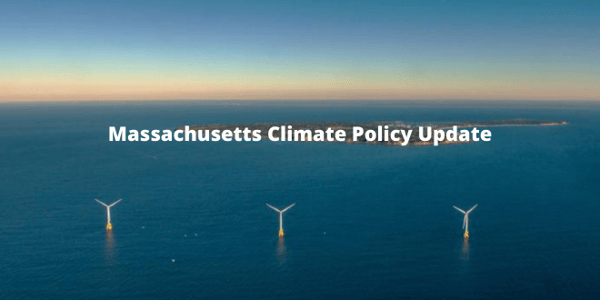 Although 2020 did not go as we expected, it looks like we may be reaping the rewards of hard work on climate policy in the early days of 2021.  In the past few days, the Massachusetts executive and legislative branches have made steps toward sweeping policy changes, some of which are the culmination of lots of hard work by legislators and advocates. This blog was edited on January 15 to reflect legislative updates since its original posting.

To those of you who contacted your Senators and Representatives over the last few months, thank you and congratulations. Your work will pay off by way of lower carbon emissions between now and 2050, but it is important to understand that our work is not over.

This blog will cover what happened in the past week; stay tuned for webinars and future blogs for details on how to take action.

On December 30, the Baker administration published its interim “Clean Energy and Climate Plan for 2030” (2030 CECP), which laid out a long list of policies aimed at meeting the requirements of the 2008 Massachusetts Global Warming Solutions Act (GWSA) for this decade. Not to be outdone, the legislature passed a long awaited bill, An Act Creating a Next-Generation Roadmap for Massachusetts Climate Policy (the Climate Roadmap bill), on January 4. The legislation is a very good, wide-ranging bill that updates and improves GWSA (more on this below) and is waiting on Governor Baker to be signed.

Legislation and administrative action will have to work in tandem to meet and update Massachusetts’ climate goals. In large part, the Climate Roadmap bill directs state agencies to implement climate policy, some of which was already included in the 2030 CECP, but some of which will be new.

JANUARY 15 UPDATE: On January 14, Gov. Baker vetoed the much-anticipated Climate Roadmap bill. We're hopeful that the Legislature will refile the bill and pass with a veto-proof majority.

Quick Victory Lap on the Legislation 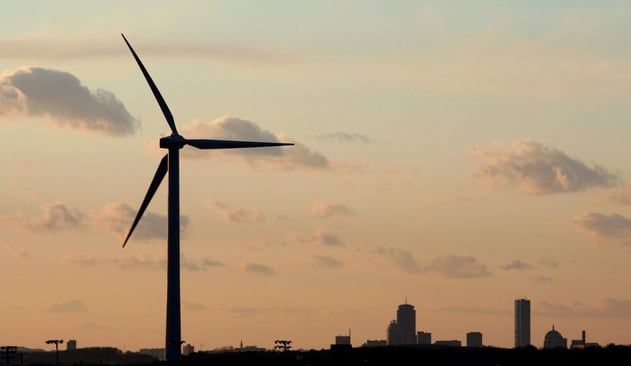 Before we get into the CECP, it’s worth celebrating the Climate Roadmap bill’s accomplishments. It’s 57 pages and 114 sections long, so here are just some highlights about what it will do if it becomes law:

Good summaries are here from Commonwealth Magazine and WBUR. To read the actual bill, visit here.

Even though the Climate Roadmap bill builds upon the GWSA, the executive branch still has the task of writing detailed regulations to implement the law. The 2030 CECP is Governor Baker’s proposal to meet state climate goals. The proposal will be open for public comment through February 22. The administration aims to publish a final plan by the end of March. After that, it will get down to the serious business of writing regulations. We all can make the plan better by speaking out during the public comment period.

JANUARY 15 UPDATE: There is broad alignment across the Legislature's Climate Roadmap bill and the Governor's own CECP. Although Gov. Baker vetoed the bill, we still anticipate new regulations to be on the horizon to satisfy carbon emission limits in his plan. However, time is of the essence, and the delay in passing the bill makes prompt action all the more necessary.

The CECP sets the overall emission limit for 2030 at 45% below 1990 levels, but the legislature upped the ante to 50% in the Climate Roadmap bill.  To meet 50%, the CECP will need some rewriting!

Our analysis is that the plan details do not substantiate the claim that it would reduce emissions even by 45 percent by 2030. Some of the biggest policy changes – increasing the RPS, adopting California standards for electric vehicles, and implementing a first in the nation cap on emissions from heating fuels – would have the greatest effects later this decade. The plan’s execution would have to go perfectly to meet the emissions limit in 2030 if regulation starts late in the 2020s. The plan could be improved by moving the dates up some and by making a bigger increase on the RPS.

We also know from experience that a plan is not policy. The 2008 Global Warming Solutions Act required the executive branch to write certain regulations to enforce emission reductions by certain dates. But the state failed to do that and so in 2016 we joined the Conservation Law Foundation in a lawsuit to hold them accountable. We won a unanimous verdict at the state’s Supreme Judicial Court. The Baker administration can avoid that kind of thing by writing the necessary regulations soon enough to cause sufficient emissions reductions by the dates set by the legislature.  2030 will be here soon.

Electricity Supply: The CECP continues the administration’s big commitment to offshore wind, in addition to proposing a 3% increase in the Renewable Portfolio Standard/Clean Energy Standard. The one-two punch of offshore wind and an ambitious RPS is a great strategy for reducing emissions from electricity, but these provisions need to be written into regulation ASAP. Experience shows that offshore wind projects take a long time to get permitted and built. 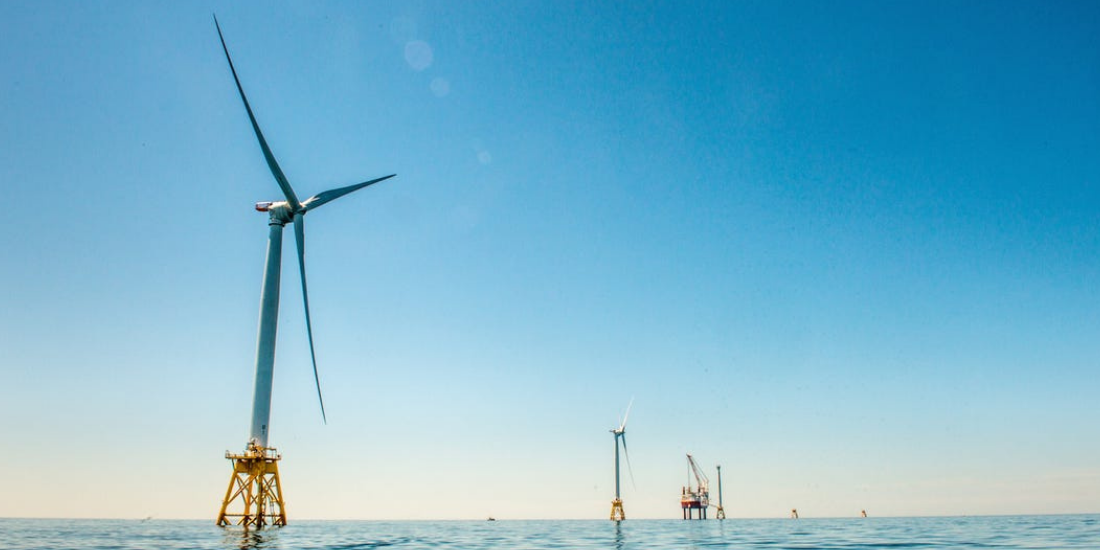 Transportation: This part of the CECP is very important because the new legislation did not prescribe specific measures to reduce transportation emissions. Executive branch regulations will be all the more crucial. The plan states that we need to have 1 million electric vehicles (EVs) on the road in Massachusetts by 2030. By then, at least 50% of all new cars should be EVs. By 2035, all new cars will be EVs.

We agree with these necessary and feasible goals. Several countries and California have set 2035 as the year in which internal combustion engines will be unavailable in new cars. But we also think that Massachusetts and Rhode Island legislators should pass bills to ensure that we hit the targets on time.

Further, it’s not enough to rely only on vehicle electrification. The CECP indicates that Massachusetts should stabilize vehicle miles traveled, even if the number of cars and trucks grows by 7% in the next decade as projected. But it did not give enough credit to public transit and active mobility as strategies to ease the transition and cost of widespread vehicle electrification. 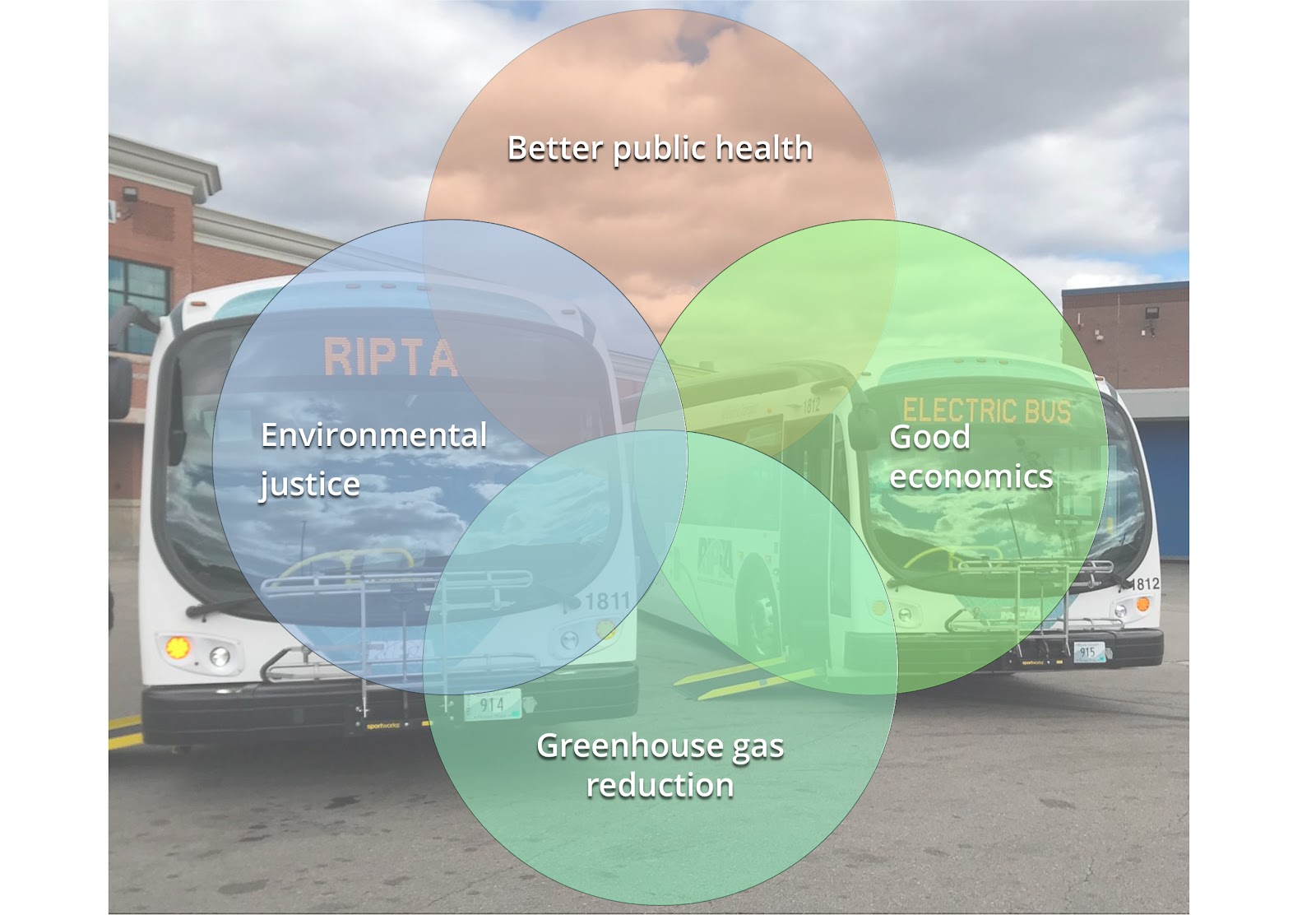 Buildings: The CECP indicates that building emissions will be tackled through energy efficiency as well as a massive deployment of heat pumps – to the tune of one million heat pump installations by 2030. For the next three to four years, building decarbonization will be led by the Mass Save program. For the rest of the decade, the key will be the establishment of a “Heating Fuel Emission Cap” that would go into effect by 2023. The CECP mentions that a Commission on Clean Heat will work out the details. Although the proposal is vague so far, we agree with the general concept and hope to have a representative on the Commission. This Commission could also address the 2020 Climate Roadmap bill's building sector emissions reductions limit requirement.

If you would like to learn more about the CECP and the Roadmap bill and/or to share your thoughts with us so that we can be better advocates, we are offering free, interactive webinars in January 2021. We will cover the same content on each one:

In addition to these webinars, we already have one scheduled at noon on January 15 to discuss off-shore wind, which is a big element of the CECP. Click here to register.

As previously mentioned, the public comment period for the 2030 CECP runs through February 22. Since one blog is not enough to cover the details of this extensive plan, we will be writing more about some topics covered by the CECP. We will also provide more information in an upcoming post on how to make your comments on the CECP. Your input will be the key to strengthening the plan, so stay tuned.