Unambiguous. That’s the word the Massachusetts Supreme Judicial Court used in it's unanimous decision to describe a requirement of the Department of Environmental Protection to write regulations ensuring that we see “declining aggregate emissions” of greenhouse gas emissions over time.  As a coplaintiff in this case, Mass Energy is  thrilled with the SJC’s order. We support the Global Warming Solutions Act (GWSA), which requires greenhouse gas emissions of 25% by 2020 and 80% by 2050 (both compared to 1990). And the GWSA clearly states that the Department must write regulations to get the job done. We hope that the Department will move quickly to write strong regulations that will get us to the important first milestone of 25% by 2020. 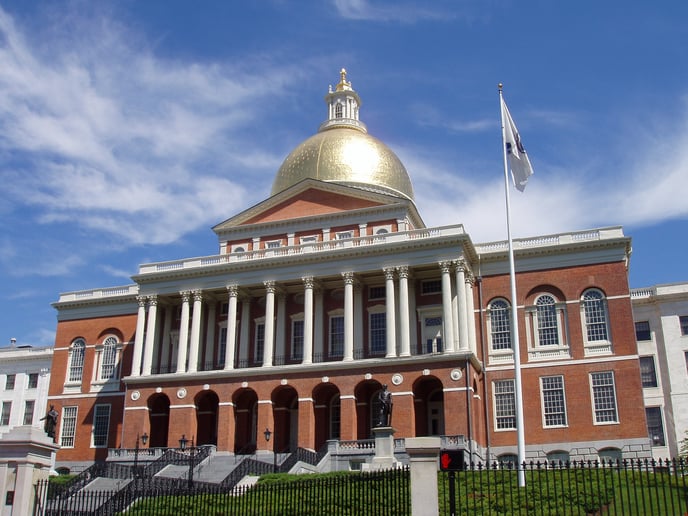 Mass Energy agreed to be a co-plaintiff in the suit brought by the Conservation Law Foundation against the Commonwealth because we see the GWSA as being very clear, “in plain language” as the lawyers say. We were disappointed that the Baker Administration pointed instead to a few positive examples of progress and stating those things were sufficient. While we support many of the steps the Commonwealth has taken to reduce emissions, Massachusetts is still undeniably behind in meeting the statutory requirements. We cannot win the fight against climate change by going ad hoc. That’s why we joined with CLF on the lawsuit.

Now, it’s up to the Baker administration to comply with a direct order of SJC.  It is a travesty that this lawsuit was necessary in the first place. Hopefully, the DEP has given some thought to what regulations will achieve an annual reduction in emissions. They have a fair amount of latitude. So let’s hope that they will be swift in proposing regulations and taking public input. We believe that it’s very important to be transparent and inclusive in this matter (and all others). That is the best way to arrive at a set of regulations that would be fair and effective. The regulatory process gives us a better chance of getting it right.

And that brings us to the administration’s support for an unprecedented long-term tax on electricity to pay for Spectra’s Access Northeast Gas Pipeline (read: pipe to carry fracked methane). It’s bad policy because it would blow the state’s carbon budget. And a study commissioned by Attorney General Maura Healey pointed out that energy efficiency and demand response are better for our economy than a long-term commitment to a pipeline. With the SJC decision on the Global Warming Solutions Act in hand, we think it’s time for the Baker administration to drop Access Northeast and focus on meeting our energy needs with more efficiency, more renewables, and less gas.