Should Massachusetts phase out rebates for new oil- and gas-fired systems for heat and hot water? 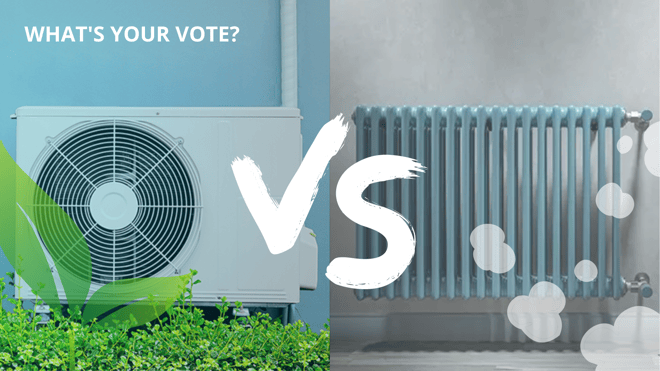 Recently I was asked by the Boston Globe to write 350 words on why the Mass Save energy efficiency program should phase out rebates for new oil-fired systems for heat and hot water. Another writer took the opposite view and readers were invited to vote for their preferred argument. The Globe’s request was reasonable and so I wrote my piece, but in this expanded blog, I can better address some important points in the discussion.

We should phase out rebates for gas-fired systems, too.

The Globe picked up on the fact that Mass Save appears to be focused on phasing out incentives for heating oil and propane consumers to upgrade their systems to higher efficiency units. As I wrote in the Globe, there’s no reason for natural gas, also known as methane, to get a pass. When burned, gas emits carbon dioxide. But when it’s leaked at the well or in distribution pipes, it’s methane, which is far worse as a greenhouse gas than carbon dioxide.

The utilities that run the Mass Save program have released a draft plan for 2022-2024 that would spend about $190 million on incentives for upgrading heat and hot water systems to more efficient systems that would run on fossil fuels. Years ago, that made sense. But it’s not good enough anymore. We’re too far behind in a race against time.

In March, Governor Baker signed climate legislation that requires Massachusetts to reduce greenhouse gas emissions 50% below 1990 levels by 2030, 75% by 2040, and “net-zero” by 2050. To reach those targets, we need to decarbonize the heating sector. A heating system installed in 2021 will last a long time. Even a highly efficient fossil fuel system will be less efficient and cause much greater emissions than a high-quality heat pump.

Before the climate bill was signed, the Baker administration released its draft Clean Energy and Climate Plan for 2030 (CECP). The CECP calls for one million residential heat pump installations by 2030. This means we have to get busy. Kicking the can down the road is not helpful.

Here’s how we see the challenge:

To improve our chances of getting on the right track (the green line in the graph), we should reallocate at least some of the $190 million mentioned above to rebates for home insulation or heat pumps. A well-insulated home makes sense regardless of how it is heated.

Incentives are just part of the bigger picture for space heating.

Stemming from the CECP, the Baker administration will establish a Commission on Clean Heat to look at all kinds of approaches to decarbonize the heating sector, including a “Heating Fuels Emissions Cap” that would decline over time. Presumably, it’s a concept that would be similar to the Regional Greenhouse Gas Initiative that has applied for years to the electricity sector and/or to the Transportation Climate Initiative that is currently being discussed in several states along the East Coast.

The Heating Fuels Emissions Cap or something like it is necessary. So logically, it doesn’t make sense to offer incentives that would lock in more combustion.

Heating oil dealers and gas utilities both need to adapt their business models to the climate crisis.

Reducing carbon emissions does mean burning less oil, propane, and natural gas (er, methane). That presents a problem for folks who have been making a living on delivering those fuels, and we get that. But the climate crisis demands change. The fossil fuel companies could downsize gradually along with the emissions cap. Or, better yet, they could grow a new clean energy product line – heat pump installation and maintenance. To help with that transition, the climate bill that passed in March includes a big funding commitment for workforce development.

Mass Save is funded by surcharges on electricity and gas, but not on oil and propane.

Customers of electric and gas utilities (investor-owned utilities, not municipal utilities) pay a surcharge on their bills to fund the Mass Save program. Given that most homes are heated with gas, most people pay twice, once for each utility. But there is no equivalent charge on heating oil or propane. So, when you hear the oil industry say that it’s not fair to phase out rebates for higher efficiency oil systems, remember that the industry has always opposed an efficiency surcharge on their product.

In the Mass Save draft plan, about $90 million of the $190 million would be spent on upgrading the fossil fuel systems of low-income folks. While heat pumps work great in many cases, their installation and use are more complicated than switching out an old oil- or gas-system with a newer one. While it makes sense to reallocate the $100 million that would go to folks who are not low-income, the Commission on Clean Heat should spend time on the question of how best to support low-income households who need a new heating system. There are plenty of ways to reach our carbon reduction goals in the next 10 years without making things more difficult for families with limited means.

If you haven’t already, visit the Boston Globe debate on whether rebates should be phased out on oil-fired systems and vote for yes or no. It’s not a scientific survey or a referendum. Nonetheless, you have a voice that just might be heard by the powers that be.