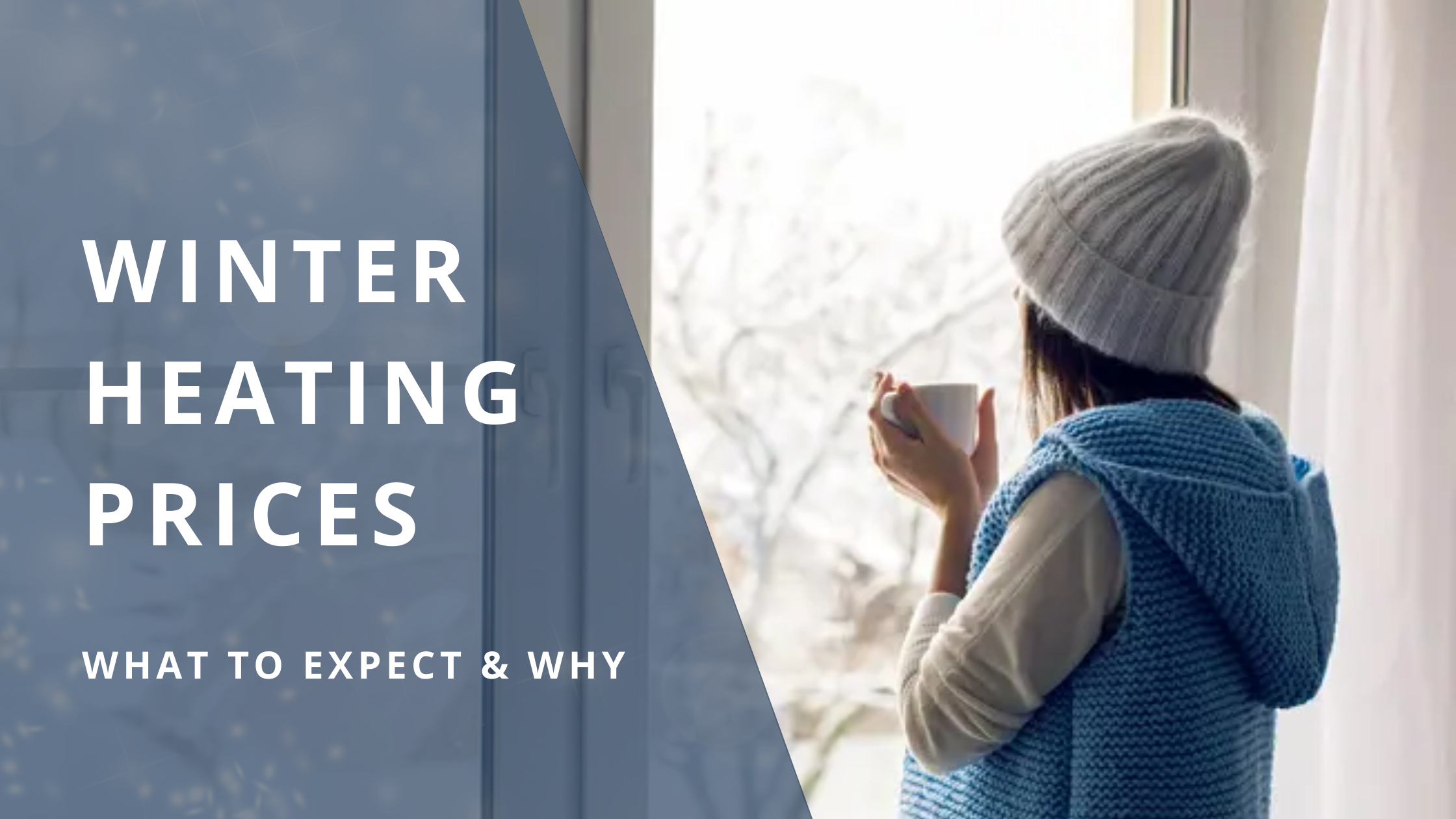 Oil and natural gas prices are on the rise globally in a big way and that means electricity and heating fuel rates will go up too.  When you add it all up, this is going to be an expensive winter.

Gasoline prices are up a dollar or 50% from a year ago and rising. Heating oil prices are up even more. If you heat with oil and will use 600 gallons this winter, you’ll likely pay $600 or more compared to last year.

That’s not surprising given that crude oil prices have more than doubled in the same time. The price of crude oil is the major component in the price for refined products that we buy at the retail level – whether gasoline, diesel, or heating oil.  We’ve seen oil rise steadily as the world economy recovered from the slump caused by Covid 19 and as the OPEC+ oil production cartel limited production for a while to raise prices ($33 per barrel in October 2020 and about $80 currently). At $80, OPEC+ is happy to produce. The question is whether or not they will increase production enough to keep prices from going higher.  Your good friend Vladimir Putin thinks the price could reach $100 per barrel.

Sorry, but you’re not off the hook. In the US, natural gas prices on the wholesale level are almost triple what they were a year ago. As a consequence, according to a forecast from the Energy Information Administration dated October 13, retail natural gas prices will be 30% higher this winter than last. New England might do a little better than the Midwest, but not great. Eversource has announced that gas prices in Massachusetts will rise by 20% or about $150 over the course of the winter for the average household. We should hear from National Grid about their winter rates soon.

So far, it’s not looking good. When oil and gas prices shoot up, that money leaves New England and goes south or overseas. But it gets worse.

Customers who get their electricity from National Grid, Eversource, or Unitil are going to see rates increase this winter as well since so much of our electricity is generated from burning gas. National Grid’s winter electricity rate, starting on November 1, will be 2.4 cents per kilowatt-hour higher than a year ago. This will cost the average household about $75 more over the course of the winter. Unitil will announce its rate change soon because its winter rate starts mid-November. Eversource's winter rates start January 1, so we should hear from them in about a month.

If you are an electricity customer who has chosen a competitive power supplier and you’re not on a fixed rate, take a look at your contract right away.  On the other hand, if you are a customer in your city or town’s municipal aggregation, your price should be fixed, hopefully throughout the winter. As we have said so many times in this space, municipal aggregation is good for consumers!

The increases in prices that have been mentioned so far are based upon forecasts of what is likely to happen based upon assumptions of supply, demand, winter temperatures. But there are some reasonable scenarios that could result in higher prices, higher consumption, and much higher winter bills. These cold and dark scenarios mostly involve natural gas. Worldwide, inventories of natural gas are low, demand is strong, and supply is struggling to refill the storage facilities. Easily transportable gas, like LNG, is trading at record levels. So far, gas prices have risen the most in Asia and Europe. If it’s cold here, or in those other big consuming regions, natural gas prices could skyrocket. If gas utilities bought enough gas for the winter before the price spikes, gas customers might be protected in terms of price for the winter. But the colder it gets here, the higher the usage, and the higher the bills we would have to pay.

However, if the wholesale price of natural gas does skyrocket, some power plants, like the Canal plant in Sandwich, Mass., that have the capability to burn oil will switch from gas to oil and that’s really bad for two reasons.

The first is that it will mean much higher winter pollution than we would typically have: both in terms of greenhouse gases and in terms of the local air pollution that harms the health of those living near the plants. For the last few years, New England has burned very little oil in power plants because gas has been so cheap. Secondly, the oil that runs power plants is the same oil that runs in your heating system. So if a few big power plants buy up a lot of oil in January because gas prices are so high, then we could see heating oil prices take another jump and possibly hit a record.

What Can We Do About This in the Short Term?

There’s nothing an individual can do about the price, but with a couple of months to go before temperatures really dip, now is a good time to put away some cash if you can to help pay the winter bills. Ask your utility or oil dealer if you can go on a budget program and pay equal installments each month. And do whatever you can in a short amount of time to make your house cozier – whether that means insulation or air sealing.  If you are not sure about what to do, call Mass Save in Massachusetts and Energy Wise in Rhode Island and ask for an energy assessment. (There may be a delay before a representative can come to your home for an energy assessment, but they can still help you identify some basic steps to take to conserve energy.)

What’s Causing All This?

Supply and demand for natural gas have been tight for about a year. At this time of year, there is usually a lot more gas in storage in order to prepare for the greater consumption that comes with the winter months. Inventories are very low and while gas production is increasing, it’s not enough to tamp prices down to the levels we’ve had for the last several years.

This low supply would not make prices skyrocket as much or as quickly if the world, including ourselves here in New England, were not so overly dependent on natural gas. The transition to clean energy, meaning renewable energy and a serious commitment to energy efficiency, has been stunted by low natural gas prices. Prices, it must be pointed out, are not inclusive of any costs to society related to greenhouse gas emissions and health impacts. Only recently has the media picked up on the fact that natural gas is not the “clean” “bridge-fuel” the industry wants us to believe it is. It emits carbon dioxide when burned and also emits enormous amounts of methane when leaked all along the supply chain, from fracking wells to distribution pipelines. It damns us when it’s burned and it damns us when it’s not. {Note: Oil production also causes severe methane emissions}.

It must be made clear that this winter’s woes are a result of our appetite for natural gas and oil. There is no analysis that can point to wind, solar, insulation, or LED lightbulbs as causing the problems we’re about to face. Fatih Birol, head of the International Energy Agency, told the Financial Times:

“There is an inaccurate campaign that’s saying we’re seeing the first crisis caused by clean energy and that this can become a barrier for further policy action to address climate change. But this is definitely not true,” [Birol] said. He argued that the current energy market disruption was due to a confluence of factors, including an “unsustainable recovery” from the pandemic, weather conditions, and significant gas supply outages.

But Gas is Cheap, They Said

Over the last few years, if you asked ten policymakers – legislative or executive – to put more renewable energy onto the grid or to take action on energy efficiency – whether through incentive programs, building codes, or appliance standards, they would say “Sure”. Most would have said they support a gradual transition but a good number would have expressed concern that there would be an economic premium to be paid, by incurring costs that are higher than the price of natural gas or electricity powered by gas. They would have answered that Policy X or Policy Y is “not yet cost-effective with today’s gas prices, so we have to work to make clean energy more cost-competitive".

This winter should change their tune, so ask them again.

As it happens, while off-shore wind produces clean, affordable year-round, it produces more power on a cold winter’s day than at any other time. Out on the water, the turbines are huge, wind speeds tend to be higher in the winter, and the density of the air is greater, which combine to boost a turbine’s “capacity factor” and power output. So, this winter, when the wind is howling and you’re cold, think about how much better it would have been if we had pulled our collective act together and had already built at least one major off-shore wind farm. The fact is, the best antidote to wintertime electricity price spikes is off-shore wind. Bring it on! 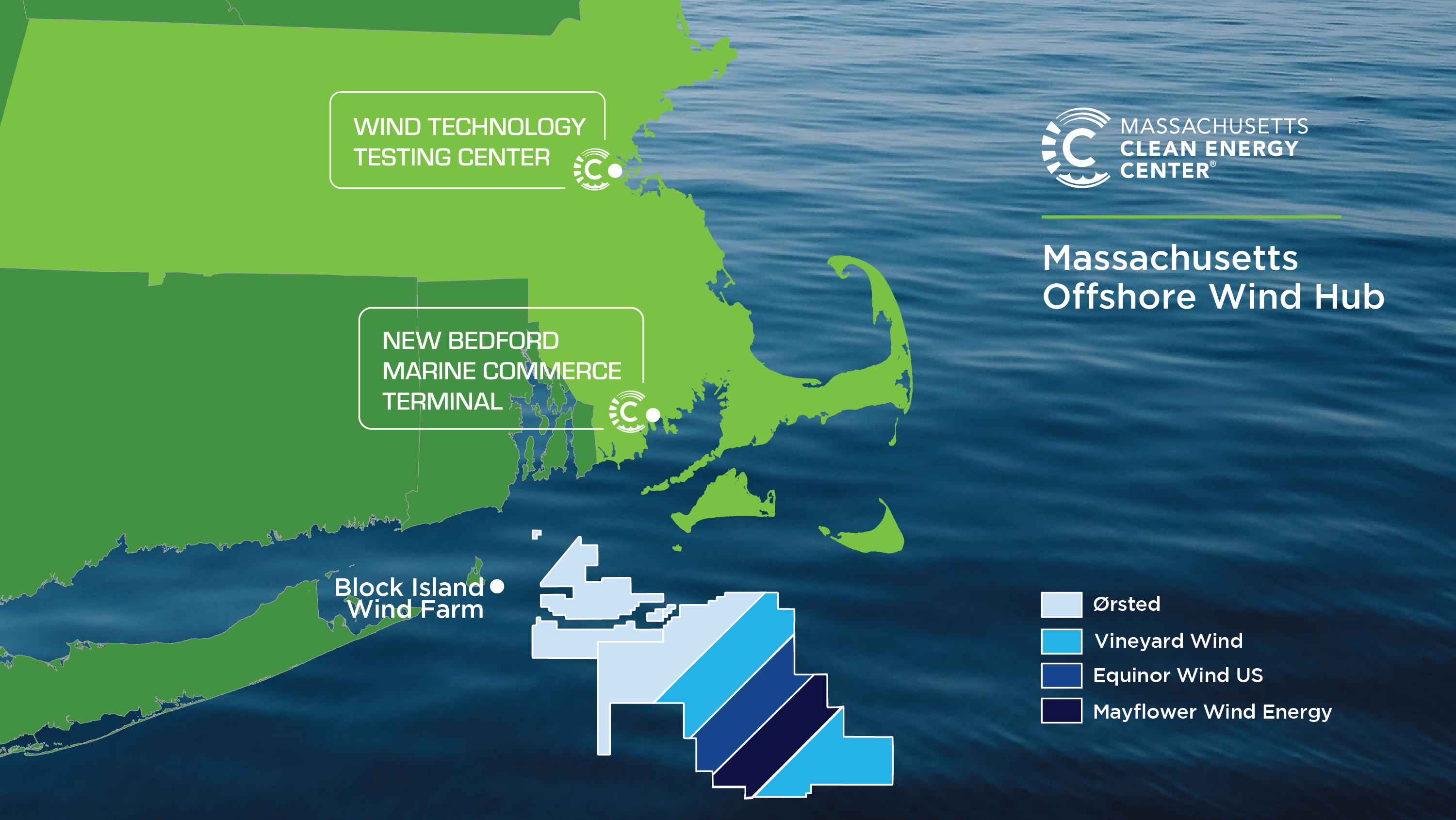 Maybe You Can Afford It.  Some People Cannot.

Finally, we hope that you can afford this winter’s heating bill.  If you can, and have a few dollars to spare, please donate to our Oil Bank program.  We will take your contribution and pay for an oil delivery for a low-income person whose fuel assistance allocation won’t be enough to heat their home.