Governor Baker - your climate bill veto was based on bad accounting 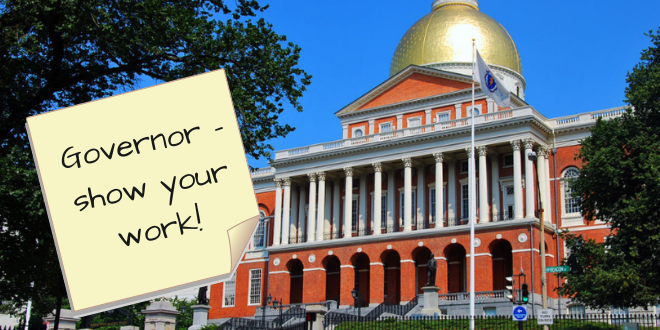 On January 14, Governor Baker pocket vetoed Senate Bill 2995, An Act Creating a Next Generation Roadmap for Climate Policy. The bill was passed by the legislature too late in the session to override the veto.  The governor wrote a five-page letter of explanation that we did not find persuasive. Already, the bill has been refiled and we are optimistic that the bill will be passed again and, if it is vetoed, the legislature will override.

Here we will take issue with one of the governor’s stated reasons for vetoing the bill. He wrote that the bill would require reducing carbon emissions 50% below 1990 levels by 2030 and that would cost $6 billion more than his Clean Energy and Climate Plan to reduce emissions by 45%, with the added cost being too much for his taste. We have problems with his accounting.

By law, the governor was required to submit a plan by December 30, 2020 for reducing emissions by 2030. The plan he submitted has a handy chart showing what their models project for different sectors.

As you can see, the projected reduction would be within the range of 45-48%.  So, even his own plan comes within 2% of the legislature’s requirement. That’s 2 percentage points over 10 years. Is that worth a veto?

There’s no substantiation for the $6 billion figure

$6 billion is not as much as it sounds

We interpret the governor’s letter to mean that a 50% emission reduction would cost $6 billion more over 10 years compared to a 45% (er 48%) reduction. That’s $600 million per year.  Still sounds like a lot, but when you compare it to how much consumers will spend on energy over 10 years, it’s about 3 percent.  Where do we get that figure? From the Economic and Health Impacts Report. This table below from page 5 compares the cost of new policies to comply with the state’s Global Warming Solutions Act by 2050 (“All Options”) with doing nothing more than implementing policies that are currently on the books (“Reference.")

As you can see, our annual energy system spending will run between $19.9 billion today to $23.8 billion in 2050 with “All Options.” From that, we can calculate that $600 million per year is about 3 percent of total energy expenditures. Using the governor’s own numbers, a 3% increase in spending gets us 11% more in emission reduction. An increase from 45% to 50% is an 11% increase.

As smart energy consumers, we should decide whether a cost increase of 3 percent is worthwhile based upon what we get in return.

All else being equal, no consumer wants to pay more than necessary. We’re an energy consumer organization after all! We get it. But not all else is equal when it comes to energy policy. The Decarbonization Roadmap Report was careful to count benefits and costs. Unfortunately, Governor Baker forgot to consider the benefits in his rejection of the climate bill. Aside from saving the planet, there are other benefits to reducing carbon emissions.

The 2050 Decarbonization Report points out that while the “All Options” path costs a little more than the Reference Case, it would create thousands more jobs on a net basis (direct plus indirect, and minus job losses in some places) every year because we would spend more in-state and a lot less out-of-state – almost 500,000 job-years between 2020 and 2050! In terms of health, the “All-Options” path would also create annual benefits of at least $2 billion per year1. The more we reduce emissions, the greater the benefits. Reducing emissions 50% gives us more jobs and health benefits than reducing emissions by 45 or 48% and that alone could justify paying 3 percent more.

Kicking the can down the road is not prudent

The governor’s 2050 Roadmap shows how to get to net zero emissions by 2050, while his Clean Energy and Climate Plan says we should stop at 45% (er, 48%) by 2030. The administration’s reasoning is that we can reach our ultimate goal gradually and that we should not over-invest in this decade. We could go on about the climate science telling us we need to do more than 50% reduction by 2030. But instead, we will keep the focus on economics. We have two economic arguments in this regard.

The first is that none us really know what it will cost to reduce emissions between 2030 and 2050. We’re optimists and see advancements every day that lead us to believe that costs will be lower than the Roadmap projects. But that’s not certain. We think it’s more prudent to reduce emissions at least 50% by 2030 so that we have more options in the following decades.

The second is that our federal government is back in the game on climate policy. The Biden-Harris administration has a mandate to create good jobs while saving the planet.  What Washington does will reduce the cost of our efforts here in Massachusetts. Furthermore, the more we lean into opportunities created by good national policy, the more we will benefit in terms of those well-paying jobs and better public health.

It’s time for a do-over. 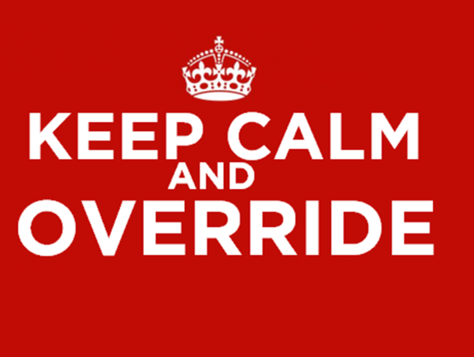