"I want to make sure that my electricity is coming from coal," said no one ever.

Renewable energy is different in that people do want to make sure it's on the grid, in ever increasing numbers. That's why so many people think about buying green electricity, and why they get duped by competitive electricity suppliers.

Our Executive Director Larry Chretien is quoted in a recent article by the Daily Beast that tackles the topic of competitive electricity suppliers, their shady practices, and their greenwashed products. Here we've reposted his comments from the article, and we recommend you read the whole thing.

Written by William Bredderman on 3/28/22

...In some cases, customers may wind up paying for Renewable Energy Certificates from well outside their state, in places where energy standards are weaker and/or where electricity is more abundant—places with no connection to the grid the consumer actually draws from.

Read: What are RECs? 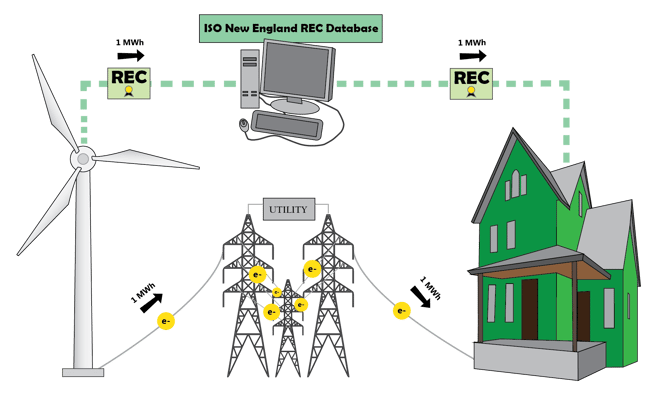 Such is the concern of Larry Chretien, executive director of the New England-based Green Energy Consumers Alliance.

In its statement, CleanChoice maintained that 91 percent of the RECs it markets in Illinois derive from wind and solar power generated in-state. The situation is trickier, the company admitted, in states like Massachusetts, where supply is short and demand is high. Nonetheless, it asserted many of the out-of-state credits sold there are from New York, which has a couple connecting transmission lines to its eastern neighbor.

The company conceded that in 2020—the most recent year for which it had a full accounting—it sold RECs in Massachusetts from as far away as North Carolina and Illinois, in New Jersey from as distant as Iowa, in Washington, D.C. from as remote as Ohio, and in New York from as removed as Indiana, Michigan, and Kentucky. The firm asserted these broadly scattered purchases were simply a way of “covering contingencies” in tight REC markets—and claimed it disclosed all this information to customers.

Asked to provide a list of facilities from which it purchased RECs, CleanChoice characterized this as “confidential and proprietary business information.” It did, however, insist it does not buy RECs from low-regulation Texas, a notorious and much-criticized practice in the industry.

As CleanChoice noted, the Green Energy Consumers Alliance itself markets RECs. But Chretien said his nonprofit organization only seeks and sells credits financing local projects and creating local demand—and mainly on the scale of entire communities, leveraging the purchasing power of thousands and even tens of thousands of households at a time.

Video: How to buy clean electricity

Blog: Are you getting greenwashed?

Blog: There are 3 ways to buy green power: 2 are good and one is bad

Check out our Green Powered program to learn more about how we differ from competitive suppliers and find out how you can purchase green electricity that makes a real impact.