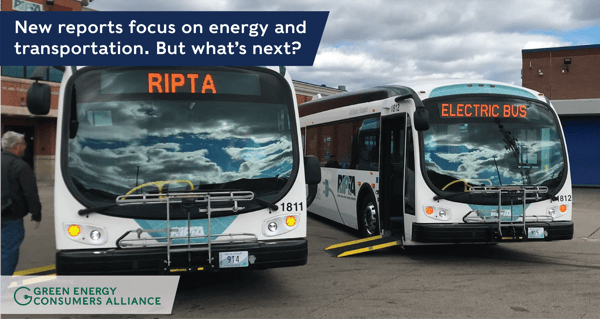 2018 is coming to a strong close for clean energy and climate policy in Massachusetts and Rhode Island. Within a few days, the Baker administration in Massachusetts released two major reports on the future of the state's energy and transportation systems, while Rhode Island kicked off development of its 20-year Transit Master Plan, and both states announced participation in the Transportation Climate Initiative (TCI), a nine-state regional commitment to address transportation sector emissions.

These plans and commitments have been a long-time in the making and will inform efforts to reduce greenhouse gas (GHG) emissions in the northeast going forward. Now, with a new year upon us, we must act on the recommendations made in the reports, develop policies, and implement programs that will move the needle on climate action.

However, only the fourth scenario, Aggressive Conservation & Fuel Switching, adequately reflects the levels of efficiency, conservation, and electrification necessary and capable of achieving compliance with the Massachusetts Global Warming Solutions Act (GWSA), let alone what is needed to combat climate change. Toward that end, the fourth scenario is really the only scenario that should guide policy creation and decision making going forward.

The CEP was  produced for Massachusetts using Massachusetts-specific data. However, the modeling results are very applicable in a general way to Rhode Island and all the New England states.

Earlier this year, Governor Baker also convened a Commission on the Future of Transportation to identify challenges facing the state’s transportation system, including the need to reduce emissions from a sector where GHGs have been on the rise. Two days after the release of the CEP, the Commission released a two-part report (the Future of Transportation Report & Recommendations) outlining recommendations for how to address challenges in the next 20 years.

The transportation report frames 18 recommendations based on several key factors, including:

Some of the challenges in one area, however, may provide a solution in others. For example, electrification of transportation can be disruptive, but also has the potential to increase mobility options, benefit public health by reducing air pollution, and contribute to GWSA compliance by significantly reducing GHGs from the transportation sector.

Rhode Island may not have the same GHG emission reduction mandates that Massachusetts must adhere to, but it is under the same urgency to reduce greenhouse gas emissions. Several policies and upcoming reports have the potential to lead the state's energy/transportation sector forward - most notably, the Transit Master Plan (TMP) that is just getting underway.

Unlike MA's Future of Transportation Report & Recommendations, RI's TMP covers only public transit but should present a vision, specific improvements, funding sources, and policy recommendations for the state transit system through 2040. Over the two decades that the TMP will cover, Rhode Island’s transit must embrace electrification while increasing accessibility throughout the state. A strong Transit Master Plan that prioritizes reducing GHGs and lays out specific goals with benchmarks would help prepare the state for the significant changes needed by 2040. 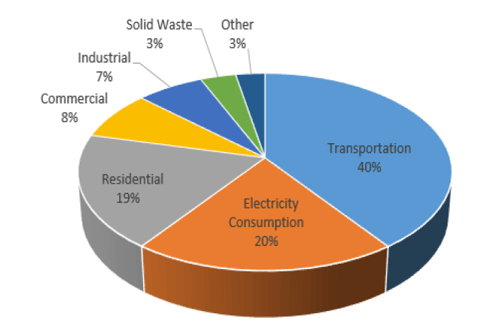 The Transportation Climate Initiative (TCI) promises to be the kind of action that the Massachusetts Future of Transportation Report and Comprehensive Energy Plan call for. However, it remains to be seen how the public commitment to design a policy translates to an implementable program with measurable results. For now, we’re in for at least a year of multi-state negotiations to develop a policy and considerably more time after that before the policy is fully put in place.

FROM RECOMMENDATIONS TO ACTION

Neither the CEP nor the CFT report make clear how MA will implement the recommendations laid out in both. Although we laud the TCI commitments made last week, we are years from realizing the full impact. These advancements, though – comprehensive reports and public commitments made – inform action that is urgently needed and help to set the agenda for a robust policy process. The rest falls to the public and to advocates to hold decision-makers accountable for developing and implementing policies and programs capable of moving the needle on climate change. 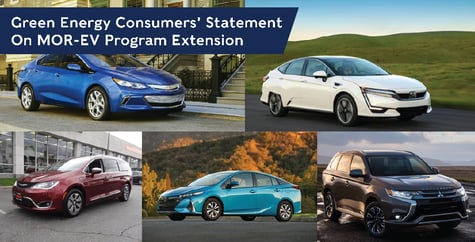 Read our statement on the MOR-EV Program Extension.