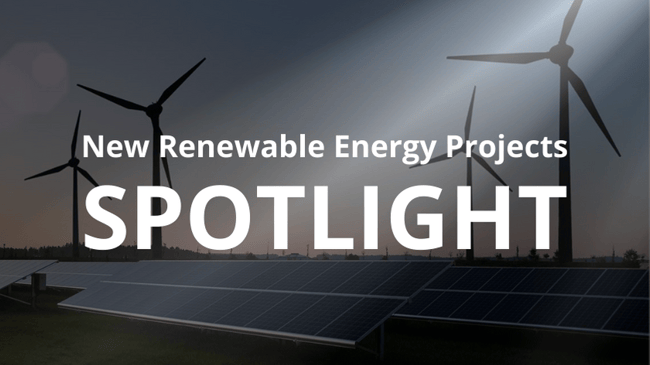 Have you taken a look at our map of resources lately? There are so many projects in it that it’s been challenging for our graphic designer to fit some of them in. Over the last year, we’ve been busy adding more impactful Class I projects to our list thanks to the support of Massachusetts and Rhode Island residents, along with small businesses that have taken the initiative to green their electricity through our Green Powered program and Green Municipal Aggregation. 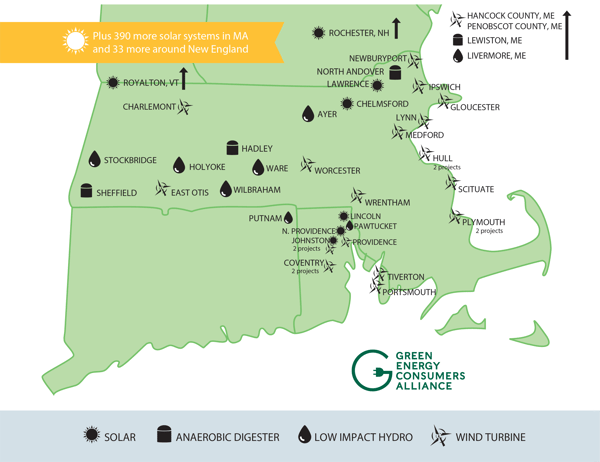 Resources that have recently been, are in, or are contracted with Green Energy Consumers.

There are many renewable energy projects out there. But how do we know which ones to support? Projects that obtain the Massachusetts “Class I”, as well as Rhode Island “New”, designation have clear cut characteristics: they generate electricity from solar photovoltaic or thermal, wind, small hydro, landfill gas or anaerobic digester technologies, among others, that are new (built after 1997) and are located in New England (and also in New York or Quebec). To us, those are the best projects we can support: new, local, and emitting zero to low greenhouse gases.

Two wind projects that have popped up on our map recently are located in Providence and Coventry, Rhode Island. These are owned and managed by the Narraganset Bay Commission (NBC), a public utility that owns and operates the two largest wastewater treatment facilities in Rhode Island. NBC collects and treats wastewater and storm water from ten Rhode Island cities and towns, servicing 40% of the state’s population. Conscious of the impact that its energy use has to both its finances and the environment, NBC has taken upon itself to invest in renewable energy. In addition to the wind projects, NBC also generates electricity through solar PV and bio-gas.

If you have driven on Interstate 95 through Providence, Rhode Island you’ll have noticed the three 1.5 megawatt turbines spinning by the Narragansett Bay. Combined, they generate enough electricity to power the equivalent of over 1,800 households per year. NBC also owns another three 1.5 megawatt wind turbine project in Coventry. Green Energy Consumers purchases Renewable Energy Certificates (RECs) from these two great projects for Green Powered and Green Municipal Aggregations. We commend the Narraganset Bay Commission for its environmental stewardship and its efforts to lower greenhouse gas emissions. 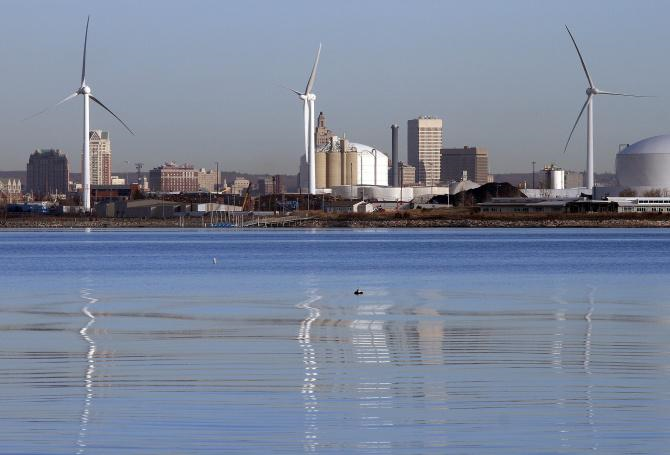 The Greater Lawrence Sanitary District (GLSD) is another wastewater treatment plant in our portfolio. Located in North Andover, Massachusetts, GLSD serves five communities, and a total population of approximately 216,000 people. Its purpose is to preserve and protect the Merrimack River for the enjoyment and use both today and in the future. In 2019, as part of the Massachusetts Organics-to-Energy initiative, GLSD built an anaerobic digester which takes in treated sludge (a byproduct of its operations) as well as processed organics food waste as fuel to generate electricity. Green Energy Consumers will purchase the RECs from GLSD’s anaerobic digesters starting in 2021 which equal enough energy to power approximately 3,000 households per year. GLSD also has a 441 kW solar array that Green Energy Consumers has supported in the past.

Back in 2016 Green Energy Consumers purchased and resold to voluntary consumers an amount of RECs equal to the generation from approximately eleven 1.5 megawatt wind turbines. Now in 2020 thanks to our members and the success of Green Municipal Aggregation, we support over 30 medium to large scale projects in addition to 400+ small scale projects throughout New England. We’re proud to state in our most recent report on Green Municipal Aggregation (GMA) that in 2019, 86% of the Class I renewable energy supplied by Green Energy Consumers to aggregations was from projects located in Massachusetts.

Thanks to the growth of GMA, we expect tremendous growth to continue through at least 2022. 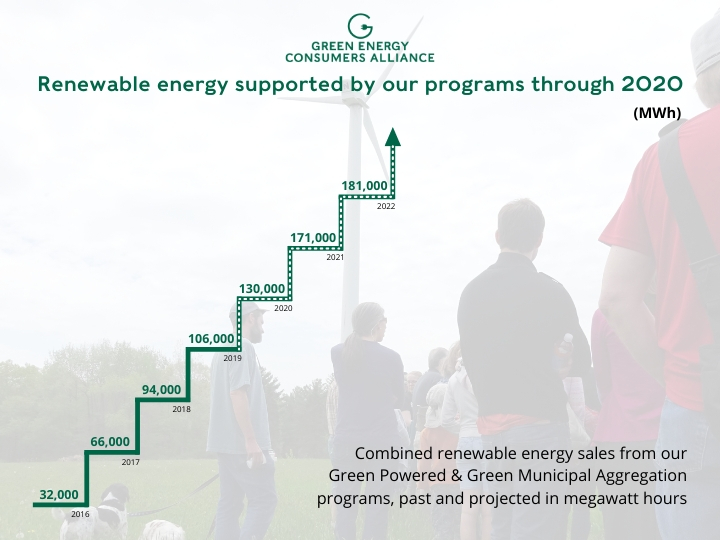