Green Municipal Aggregation is a Huge Success in Massachusetts

We are pleased to release the second edition of our “Green Municipal Aggregation in Massachusetts” status report. A lot has happened in the field since our first edition in the spring of 2018 necessitating this update. If there is one key takeaway, it’s that GMA has proven to be a way to bring more renewable energy to communities affordably and equitably.

Here are some of the report highlights: 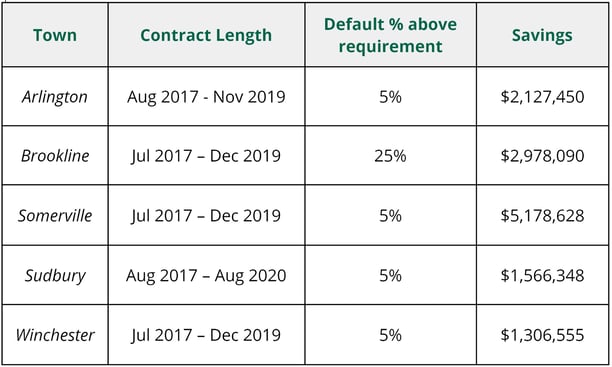 This status report contains explanation of the municipal aggregation model, potential for greenhouse gas reductions, best practices for starting a basic aggregation program, savings, duration, and rate options from current aggregations, and discussion on pathways to expand the service offerings to include inventive, impactful local generation projects. It is intended to benefit people in communities who have an interest in energy and climate change, as well as public officials who have the authority and, in our view, the responsibility to move solutions forward.

We're not shy about saying that this report covers municipal aggregation or community choice aggregation, whichever you prefer to call it, from our perspective here at Green Energy Consumers Alliance. We know more about the communities that we are working with directly and we are purists at heart, but when we refer to cities and towns outside our sphere, we have tried to be accurate.

Working on green municipal aggregation is at the core of our mission. We look forward to serving even more cities and towns in the years ahead as we, in the Commonwealth, transition from fossil fuels to renewable electricity sources.

Finally, we have worked hard to spread green municipal aggregation in Rhode Island. As a result of successful changes to state law and a concerted effort in terms of outreach and education to cities and towns, we will soon be able to report on progress in the Ocean State! Stay tuned.

You find our report at www.greenenergyconsumers.org/aggregation. 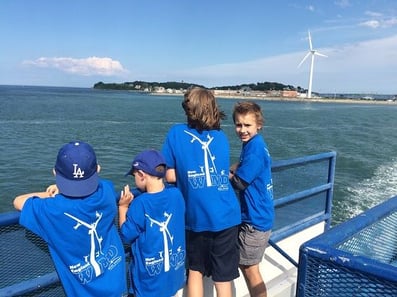