As expected, the Massachusetts Senate took up S.2372, An act promoting energy diversity, on Thursday morning. With over 100 amendments to consider, debate on the bill ran late into the evening. But, when it was all said and done, Senate lawmakers unanimously passed a comprehensive energy bill that stands to bring a substantial amount of hydroelectricity and offshore wind into the region, incentivizes electric vehicles, addresses gas leaks, enhances energy efficiency, and protects ratepayers from paying for unnecessary fracked gas pipelines.

Updates on key ammendments listed in red below.

The bill now moves to conference committee where designees from the House and Senate will reconcile both versions before a final version is adopted and sent to the Governor to be signed.

Late last Friday, lawmakers in Senate Ways and Means released S.2372 – An act to promote energy diversity. Similar to the House bill that passed recently, this Senate bill addresses the purchase of large amounts of hydroelectricity and offshore wind. However, S.2372 does even more to promote clean energy in the Commonwealth. Here is a quick breakdown.

Both bills direct utilities to enter into long term contracts for large amounts of hydroelectricity and offshore wind. In the House bill, H.4385, this amounts to about 1200 MW each of offshore wind and hydro procured either by itself or in combination with RPS Class I eligible resources like onshore wind. In the Senate version, the offshore wind procurement is larger – 2000 MW by 2030. The hydro procurement is also larger – approximately 1500 MW – BUT can be met either by the purchase of hydro alone, hydro in combination with RPS Class I resources, or RPS Class I resources on their own.

New in the Senate Bill

The Senate bill would raise the annual increase in the state’s Renewable Portfolio Standard, or RPS. This is a requirement that electricity suppliers meet a certain percentage of their electricity supply with new, renewable resources. In 2016, that amount is 11% and it is currently required to increase 1% per year. S. 2372 would increase that incremental change from 1% per year to 2% per year. Mass Energy strongly supports this change because it will help our state meet the greenhouse gas (GHG) emission reductions required by the Global Warming Solutions Act (GWSA) at a faster pace. 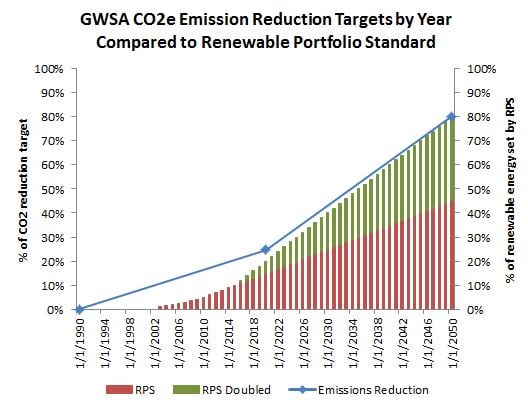 Other highlights from the Senate bill include the procurement of energy storage and the establishment of a home energy rating and labeling system that would help homebuyers know how efficient the property they are looking to buy actually is.

Missing from the Senate Bill

Even with several new and good provisions, S.2372 fails to address gas leaks and the prohibition of gas pipeline infrastructure paid for by electric customers. Fortunately, amendments have been filed to address these two key issues, as well as a number of others that would further improve the bill.

Mass Energy also OPPOSES the following amendments because despite their benign titles, they seek to undermine Massachusetts’ efficiency programs or would set the state back in its efforts to replace fossil fuel generation with clean, renewable resources.

The Senate will vote on the bill on Thursday, June 30, which means there is still time for you to contact your elected official. Thank your senator for working hard to advance clean energy in Massachusetts and urge them to support the amendments that will keep Massachusetts moving forward and to reject the ones that will set us back.

And stay tuned. Follow us on Twitter and Facebook for status updates as the bill progresses on Thursday. Visit our advocacy page to learn more about how Mass Energy is working to make energy affordable and environmentally sustainable.