Is the RI budget good for climate action? 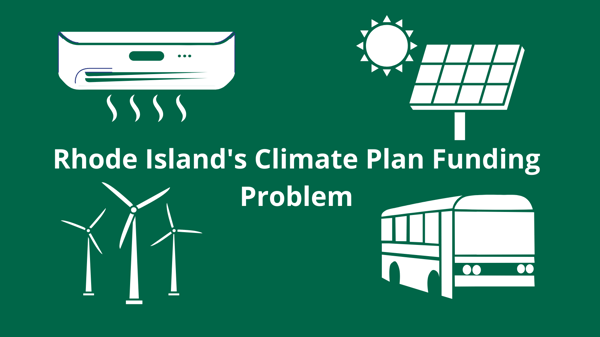 RI’s administration needs to get real on climate funding, because the Governor’s budget doesn’t.

Rhode Island’s 2021 Act On Climate, which requires the state government to reduce emissions 45% by 2030, 80% by 2040, and net zero by 2050, has brought a new and necessary sense of urgency to statewide emissions reductions. At this key moment for climate action in Rhode Island, we say: stop kicking the can down the road—we need a good climate plan in 2022. We need to fund and fully staff the work of the Executive Coordinating Climate Change Council (EC4) to implement the Act On Climate, and that funding shouldn’t reduce the small amount of funding we already have to do emissions reductions work.

With the Governor’s budget for Fiscal Year 2023 (July 2022 - June 2023) just released, and the EC4 gearing up to develop the 2022 Climate Plan, it’s a great time to figure out Rhode Island’s climate implementation funding problem.

We’re Out of Time to Kick the Can Down the Road: The 2022 Rhode Island Emissions Reductions Plan

The Act On Climate requires that the administration (through the Executive Climate Change Coordinating Council or EC4) complete an updated Emissions Reductions Plan by the end of 2022. The 2022 plan is crucial to our success in achieving the 2030, 2040, and 2050 targets because the programs that we plan in 2022 might not be funded and in place until 2024, and then it will be even longer before the emissions reductions are fully realized. If we’re behind on our 2030 target, the outlook for 2040 and 2050 is not good.

Recognizing this urgency, advocates made recommendations last July for how the administration could develop a strong planning process:

For more on these recommendations, check out our July 2, 2021 joint letter to the Governor.

We have also consistently emphasized that the final plan must result in implementable and fully funded programs and policies—otherwise, it’s a waste of time.

Since that letter, the planning process has rolled out much more slowly than we would like. We finally received the EC4’s scope of work for the 2022 plan (page 6, here) in mid-December. It was missing information on engaging with environmental justice communities and clarity on which staff will lead plan development. In addition, the public engagement is way too focused on scientific modelling and the 2050 goal. We are skeptical that it will result in actual emissions reductions.

The 2022 Plan must figure out how we reach our 2030 goal. This means that it should have a list of 2023 – 2025 policy and programmatic actions assigned to specific agencies and staff.

On longer-term action, the plan should break down Rhode Island emissions by sector and assign responsibility for developing actions that reduce emissions in each sector to agencies, councils, or staff.

The Plan should identify currently available and prospective sources of emissions reductions funds (including federal funds, state general funds, energy efficiency programs, future carbon pricing revenue, and other sources) as well as estimated needs for Act On Climate. Where there is a funding deficit, the plan should identify future policy actions to close the gaps.

Having this type of plan will help the administration avoid budget proposals that just steal existing clean energy funds for different climate purposes, in other words, rearranging deck chairs on the Titanic.

We commend the Governor for highlighting climate action as a priority in his State of the State address. This prioritization reflects the Act On Climate targets as well as the availability of federal funding. But the budget doesn’t do enough on climate implementation, and it has proposed an egregious $6 million diversion of state energy efficiency funds to create a fund for the EC4.

The scooped $6 million could be utilized at the discretion of the EC4 for clean transportation, renewable energy, energy storage, or consultants on climate plans. But as our colleague at Acadia Center recently noted, “We can't solve the climate crisis by robbing Peter to pay Paul."

Taking money from one clean energy program to pay for another is not climate action. It’s an accounting trick. 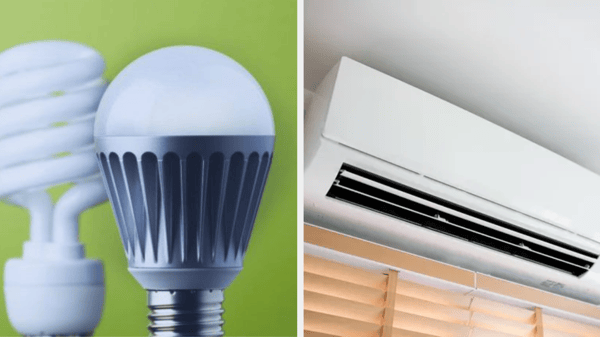 Just as the Act On Climate requires all state agencies to work to reduce emissions, so must every dollar in the budget go towards initiatives that reduce emissions or don’t make our climate crisis worse than it already is. We urge the legislature to amend the budget to require all new construction funded through the budget be zero energy where possible, or at minimum, fully electrified and as efficient as possible.

It was great to see $250 million in the budget to build more affordable housing, and a $250 million bond measure to fund school construction. But from a climate perspective, we can’t afford to build new homes that lock in fossil fuel infrastructure by being inefficient or reliant on fossil gas heating. And we shouldn’t be forcing fossil fuel homes upon our children and low-income Rhode Islanders.

Recognizing that constructing net-zero buildings may require more upfront investment, we urge the budget to reserve funding for the deep energy efficiency measures, efficient electric heating systems, and any training or other measures needed to ensure carbon-free construction. This is an excellent use of federal funds.

The legislature should also act to prioritize transportation investments that are known to reduce climate-warming emissions over highway lane expansions. 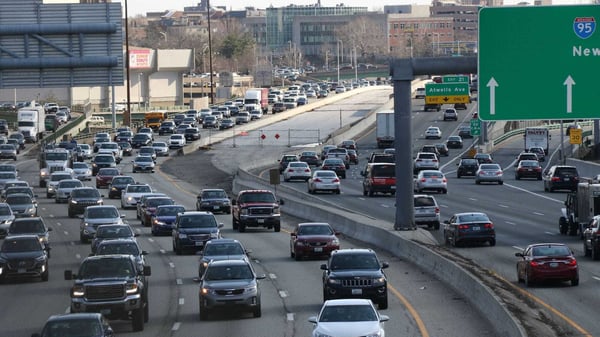 Transportation will account for $8 billion in spending over the next 10 years. The state is poised to spend that money in ways that will increase emissions by encouraging more driving of gas-powered cars and more congestion in the long run. Real climate action would mean taking a good look at all the transportation infrastructure projects and assessing whether they help or harm the effort to reduce emissions by 2030. Simply reprioritizing existing dollars in the budget would be a big step forward.

As a specific example, $30 million is allocated for a project to disband the central Kennedy Plaza bus hub, an idea that bus riders do not like and is not part of the state’s Transit Master Plan. Couldn’t we use that $30 million to improve bus hubs around the state to increase ridership and decrease car dependency? If money is tight, let’s not waste any.

Besides the efficiency scoop, the Governor’s budget proposed a few other specific climate-related measures:

As important as the budget and plan development are, Rhode Island cannot put off necessary carbon emissions legislation until after we have a climate plan. This year, Green Energy Consumers urges the legislature to pass:

The Governor’s budget proposals are not yet final, and there’s time for you to influence what happens next by attending two upcoming events: