In Memory of Malcolm Brown, New England's first wind power hero (and mine, too) 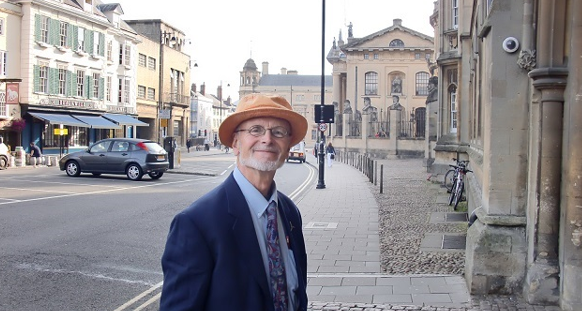 If you know Green Energy Consumers Alliance, you know we are really into wind power.  That’s because wind power is abundant and the lowest cost, zero-emission energy available.  Today, the talk is all about huge off-shore wind farms. But to get to this point, things had to start in the beautiful coastal town of Hull, Massachusetts.  And with an amazing character named Malcolm Brown.  Sadly, Malcolm passed away recently. But he remains in my memory and if you’re into wind power, please read on.

Almost exactly 20 years ago, Hull’s municipal utility energized “Hull 1,” a 660-kilowatt turbine on Pemberton Point, adjacent to Hull High School. At the time, it was the first utility-scale wind turbine on the east coast and in New England. As a commissioner of the municipal utility, Malcolm was, by far, the town’s most enthusiastic supporter of the turbine. In fact, a few years prior he campaigned on a platform of building the turbine.  “Yes – in my backyard!” he exclaimed.  He had a great sense of humor, but he wasn’t kidding.  Malcolm and his wife, Anne Larson, lived just up the street from the turbine.

Malcolm was a retired college philosophy professor but became a self-taught expert on wind power.  And he passed that knowledge – and wisdom – onto many of us.  Malcolm knew about how wind power was necessary and capable of being a big part of the solution to our ongoing energy crises.  And more than anyone, he knew that acting locally was the way to go.

Around that time, our organization started up our Green Powered program, which enables consumers to choose where their electricity comes from.  Because Hull 1 was the biggest game in town, we jumped on the opportunity to purchase the renewable energy certificates (RECs) from Hull 1.  We think it was the first REC purchase in New England. Malcolm was tickled pink that Green Energy Consumers would pull together a buyers’ group for wind power so that his town and other enlightened developers would have the incentive to produce clean energy.  After our first contract with the town was executed, he traveled to our office in Boston with a cake to celebrate. Saving the world was serious fun for Malcolm. 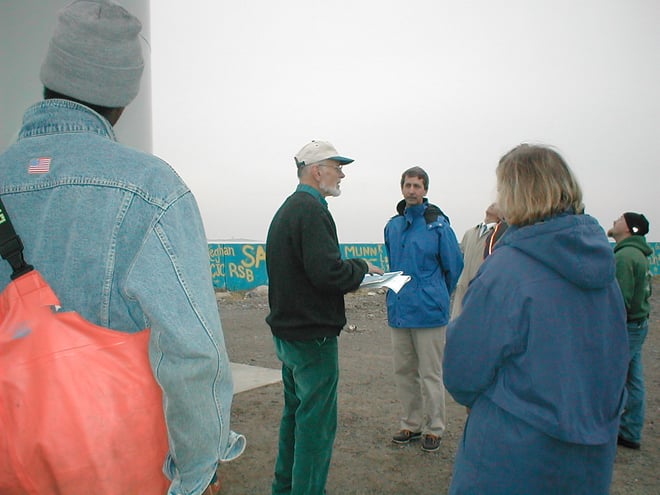 Immediately, Hull 1 became a vitally important part of how we educated the public about the benefits of clean energy.  Over the years, we chartered several ferries from Rowes Wharf in Boston to Pemberton Point, carrying a combined 2000+ people to learn from the good folks at the Hull municipal utility.  Malcolm was especially happy to greet all his guests.  At least once, he rode the ferry with us on the cruise to see his baby.  One year, so many people signed up for the tour we offered, we had to commission a second ferry.

{Malcolm and Anne weren’t just into wind power.  I think they beat me to owning a hybrid car, a Honda Insight.  Later on, they got a plug-in Chevrolet Volt.  One time, we combined a tour of the wind turbine with an EV showcase.  We were delighted to say that people could power their ride with energy produced from the nice people in Hull}.

Hull 1 was quite popular, enough so that the town – prodded by Malcolm once again – began planning for a second turbine and in 2006, built “Hull 2” on top of the landfill.

I was so inspired by Hull that I naively thought that every community along the coast would follow suit.  The boat tours we organized were exciting because they were full of people from all over asking how they could build a turbine in the backyards.  And some did – Gloucester, Scituate, Lynn, and others.  But not as many I hoped.  There are about a hundred cities and towns in MA with wind speed sufficient to make a wind turbine economically sensible. But as I came to learn, while the world desperately needs wind power, no community has to host one.

Malcolm knew as well as anyone that while Hull’s two wind turbines were wonderful in every respect, we need more turbines, larger turbines, and they needed to be off-shore.  In fact, if he had his way, Hull would have built a small off-shore wind farm similar in size to the Block Island Wind Farm.

Most of you reading this probably didn’t get the honor of meeting Malcolm. But if you understand the imperative to develop clean energy at a great scale in the form of new offshore wind projects, there’s no doubt in my mind that we can point to Hull, and to Malcolm, as being the pioneers who have shown us the way.

On the other hand, if you were lucky enough to know Malcolm personally, please write into the comment field below a short remembrance.

And for everyone, Malcolm’s wife Anne wrote a beautiful obituary.  Nothing compares to knowing the man himself, but it comes pretty close!

Finally, Malcolm – you should rest in peace. But the rest of us have to follow in your footsteps.