5 things I learned from buying a used electric car 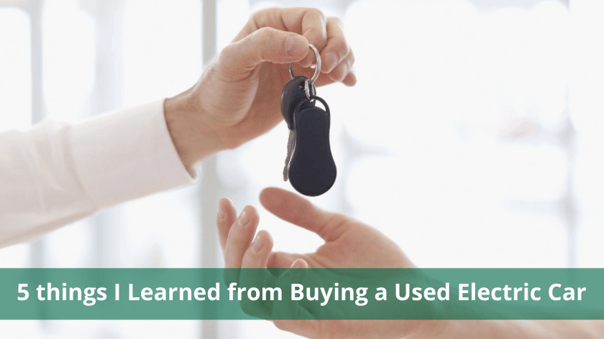 Due to the popularity of certain electric luxury sedans and SUVs, electric cars have the reputation of being expensive and inaccessible to most consumers. In reality, many new EV models are priced around what the average car-buyer is paying for a new car in the U.S. these days (i.e. $37,000) even before federal and state incentives.

Even better, many low-mileage electric vehicles (EVs) are available to purchase pre-owned at stellar prices if you’re willing to look. I should know; in November of 2019, I found an affordable and gently-used 2017 Chevrolet Volt. The car had only 25,000 miles on it, yet I paid half of its original MSRP — quite the bargain for a first-time car buyer on a budget. Here are five things I learned from the experience.

1. Pre-owned EVs are a good value — and sell fast.

The rapid pace of technological improvement means that new EVs can have nearly twice the electric driving range as four-year-old models. As early-adopters trade in their cars for more advanced EVs, buyers on the pre-owned market are left with plenty of good options at affordable prices — a recipe for fast sales.

As I was car-hunting, I noticed that EVs I saw online were often gone within a week of posting. When I stumbled upon the car that was in my desired price- and mileage-range, I contacted the dealership the day after it arrived on the lot. The poor salesman didn’t even have the time to learn how to adjust the seats before I came in. I arrived to inspect the car and confirm its specs, it was a done deal. 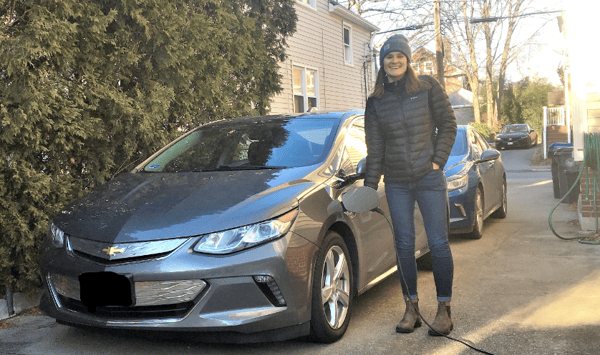 One of my housemates, who happened to be in the market for a car at the same time I was, accompanied me to the dealership. Although she had no intention of buying an electric car, she was smitten with the Volt after the test drive. She ended up purchasing the one other pre-owned Volt on the lot, right then and there. Two Chevrolet Volts, on and off the market in less than 48 hours!

2. I drive in electric-mode nearly all the time.

The Volt is a plug-in hybrid, with an all-electric range of 53 miles for daily driving and a gas engine for longer trips. Like a regular hybrid, the battery recharges when I break or coast downhill. Although miles of electric range doesn’t sound like a lot, about 80% of my total driving miles over the last seven months have been on electricity. Based on my driving habits (mostly city-driving with the occasional trek for outdoor activities), a battery electric vehicle with 200 miles of range would have suited me as well, though I was able to find better deals on the Volt at the time I was shopping. 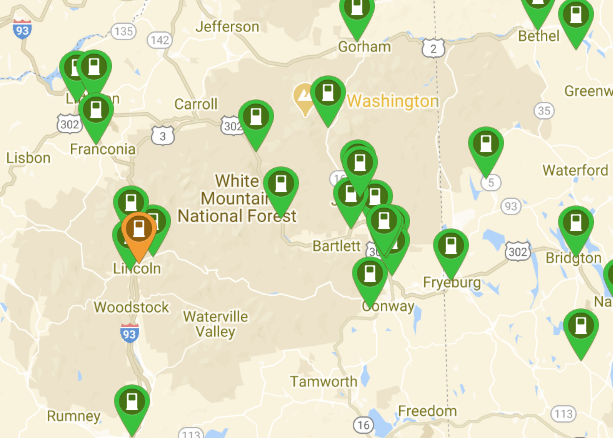 I opted to buy the Volt because I regularly drive to New Hampshire to camp and hike, so the plug-in hybrid fit my budget a little better. But the charging infrastructure around the White Mountains is better than you might think, and making the 360-mile trip between Providence and the White Mountains is easy enough in a Battery EV if you recharge while you hike or stop at a DC fast charger once along the way.

3. Charging in public is easy and usually free.

As a renter, installing a charging station at home isn’t an option for me. I rely on an outdoor outlet and the charging cable that came with my car for the majority of charging. I share this outlet with my housemate, who charges her Volt there, too. 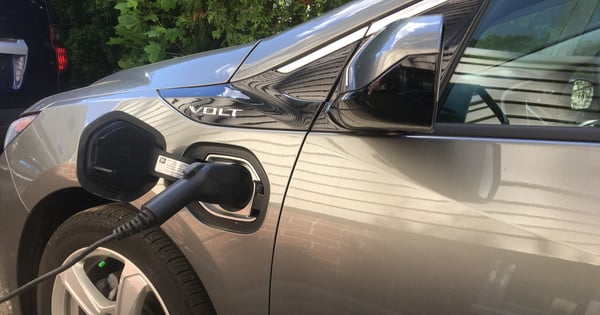 However, I’ve been pleasantly surprised by the availability and convenience of public charging stations. I use these resources as much as I can because most of these stations are free to use. With the right timing, I can get a full charge without paying a cent.

While I don’t yet have access to charging at my grocery store or gym, it’s easy enough to look up whether there are charging stations near parks, movie theaters, or parking garages where I’m leaving my car parked. The possibility of recharging for free makes a little extra effort worth it. Since my car accepts both electricity and gasoline, I’ve found that it’s more inconvenient and time-consuming to stop for gas than to check charging apps like PlugShare, where I got the map of EV charging stations in the White Mountains used above.

The experience of driving on an electric powertrain is superior in almost every way. The quiet motor allows for better sound quality when I’m listening to music or speaking on the phone. Every single passenger I’ve had in my car has noticed and appreciated the difference. When I hop into a gas-powered car to carpool or rideshare, I find myself speaking louder to be heard over the roar of the combustion engine.

Since buying my Volt, I’ve driven two gas-powered cars that I rented while travelling. In both instances, I was underwhelmed by the lag time between pressing on the accelerator and feeling the car lurch forward. By comparison, the Volt’s ride, is smooth, responsive, and zippy, an experience consistent among all electric vehicles. I feel much safer driving in my car, which responds instantaneously to my maneuvers. It’s the kind of driving experience you used to only be able to get with luxury gas guzzlers, but in a eco-friendly, cost-effective package.

5. Weather and driving style can really Reduce (or extend) range.

I bought my car in November, right as the New England winter started to kick in. Although it was relatively warm compared to previous years, I averaged about 40 miles of driving on a full charge — noticeably lower than the Volt’s EPA-estimated range of 53 miles. Throughout January and February, it was so cold that the gas engine often kicked on to optimize the battery’s temperature and operating efficiency.

The Volt, like many EVs, has a handy dashboard display that assesses the efficiency of my driving style, as well as the energy drain from terrain, climate control settings in the car, and ambient temperature. When I speed, blast the A/C, or overuse my brakes, my efficiency score goes down and my range decreases. Having access to this information encourages me to drive more efficiently, and I have a lot of fun trying to get my efficiency score as high as possible when I’m driving. Although I know I have gasoline to back me up if I run out of charge, getting familiar with the impacts of cold weather and driving style on my range has allowed me to drive my Volt as if it were a 50-mile range EV.

It can be scary to say “let me try something new and get an EV” when making the big financial decision of purchasing a vehicle. But buying a pre-owned electric car is easier and more affordable than most people might think.

Of course it’s an adjustment, but the value of owning an easy-to-maintain, cheap-to-fuel car is worth the learning curve. Still unsure? I learned everything I needed to know about buying an EV by writing for Green Energy Consumers. Reach out to me with questions at mal@greenenergyconsumers.org.

A generous donor will match up to $10k through September 30th. With your help, we could raise $20,000 for climate and clean energy!