Climate Change Had Its Day in Court

Back in November 2014, I wrote about how Mass Energy has joined with the Conservation Law Foundation in a lawsuit against the Commonwealth of Massachusetts because the Mass. Department of Environmental Protection had not written regulations required by the Global Warming Solutions Act. The regulations are about ensuring that we meet the law’s requirement to reduce greenhouse gas emissions 25% by 2020, an important milestone on the way to the ultimate requirement of 80% by 2050. On Friday, January 8, oral arguments in the case were presented to the Supreme Judicial Court. I’m happy to report that the attorney on our side, Jenny Rushlow of the Conservation Law Foundation, did an outstanding job of presenting our argument and answering good questions from the justices.

I’m not an attorney capable of reading how the justices will rule on this and it would not be wise for me to speculate. However, I can offer these observations:

Aside from the oral arguments, the complaint submitted by CLF was supported by very persuasive amici briefs from several environmental stalwarts including – Alternatives for Community and the Environment, Clean Water Action, Environmental League of Mass., Mass. Sierra Club., Mothers Out Front, and many more. Speaking of Mothers Out Front, they were once again out in force providing moral support to our Attorney Rushlow. 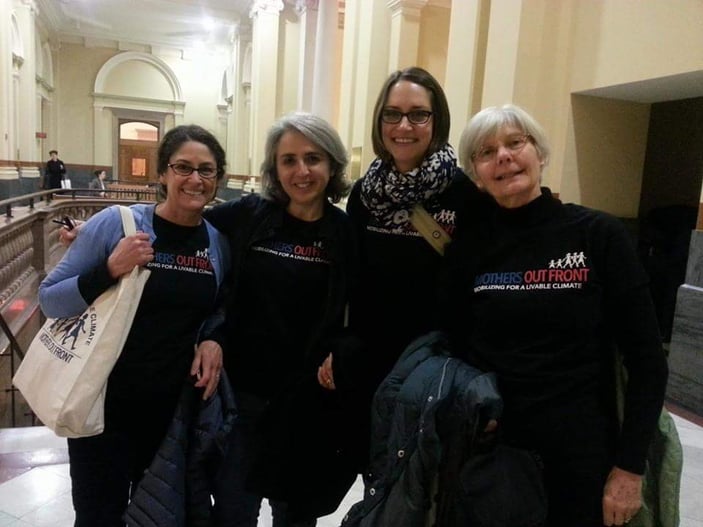 Now that the oral arguments are done, it’s up to justices to come out with a ruling. This may take a few months. While we wait, I can rest assured that the lawsuit was the right thing to do. We know the GWSA is a good law worth enforcing and the regulations we want are about ensuring success in meeting the 25% GHG reduction. If our policymakers are going to avoid responsibility to meet that relatively easy obligation, then how in the hell are we going to reach 80% reductions by 2050?

And finally, perhaps this has nothing to do with the issue at hand, but when I got home after the oral arguments, I was happy to tell my two daughters that the attorneys on both sides of the argument are women and that four out of seven of the justices are too.

A video of the oral argument is available now here. The whole thing is about 40 minutes. The more we all know about the GWSA and how the Commonwealth intends on implementing it, the better.

There’s also some good coverage of the arguments in the Cape Cod Times.

Jenny Rushlow speaking during the court session on Jan 8th.

Go beyond MA's renewable requirements and use your electricity dollar to demand 100% local, renewable electricity at home. It's an easy way to help MA reach 80% carbon emission reductions by 2050. Make the switch today.