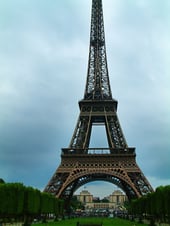 As readers of the blog are aware, on October 26 I voted against the Massachusetts Energy Efficiency Three-Year Plan for 2016-2018. I did so primarily because the plan represented a retreat on energy savings in the Commercial and Industrial (C&I). Compared to every other resource, savings from that sector is the cheapest by a country mile.

I find it ironic that world leaders in Paris struck a climate deal to reduce greenhouse gas emissions, which is what the planet desperately needs, while in Massachusetts, where we already have a law in effect mandating such emission reductions and in Rhode Island, there is a state law requiring the development of a plan to meet that goal (it’s not mandate). Reducing carbon emissions 80% by 2050 is going to require steady and sometimes difficult progress. Yet we have not fully taken the easiest, smartest step that we could possibly take on such a long journey.

On October 26, when the Energy Efficiency Advisory Council voted on the Three-Year Plan, we did not have the benefit of an important study that came out on November 18. The office of Attorney General Maura Healey commissioned the study, paid for by the Barr Foundation. It asked whether new gas pipelines were needed to keep the lights on in New England, sparked in large part by a proposal by the Baker administration to have electric ratepayers pay for new pipeline – something never proposed before. The study was excellent and there’s a great infographic explaining its conclusions. Before you read it, here’s a spoiler alert: “The most cost-effective reliability solution to meet future energy needs when the system is stressed is energy efficiency and demand response.” 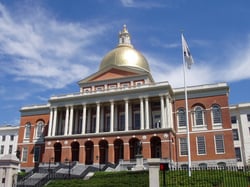 The study states clearly that we will need to greatly increase the amount of low-carbon energy in our mix (i.e. hydro, wind, and solar) to meet our climate targets, but that nothing paid off as well as energy efficiency and demand response. In other words, nothing else was as good for energy consumers.

On November 24, shortly after the report was released, the Massachusetts Senate Committee on Climate Change held an oversight hearing. The committee heard a presentation from the author of the report, Paul Hibbard of the Analysis Group. In his testimony and in response to a question from Senator Ben Downing (Pittsfield), Mr. Hibbard said that Massachusetts would have to increase energy savings by about fifty percent (50%) by 2030 in order to avoid the need for new gas infrastructure. That is, 50% beyond the savings projected in the 2016-2018.

I am not going to quibble much with Mr. Hibbard’s analysis. He is a recognized expert in the field of energy system modeling. But his study was focused on a particular set of questions stemming from public concern about proposals to build large new gas pipelines in New England, ostensibly to meet the winter peak demand for electricity – when it’s cold and dark and we are burning gas in heating systems and power plants. 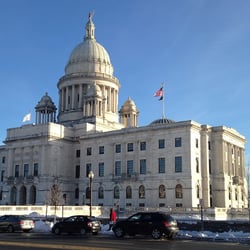 But if you take a step back from the questions about pipeline capacity and reliability and think more about the cost-effectiveness issue, I conclude that we are saving too little energy. With or without the pipeline, it’s cheaper than electricity made from any source – natural gas, coal, oil, nuclear, wind, or solar. So we should do what laws in Massachusetts and Rhode Island say we should do – and buy as much energy efficiency as we can until it costs more than supply. That’s my story and I’m sticking to it.

To take a bigger step back, our greenhouse gas emissions do not come from just the electricity sector. Transportation, agriculture and other parts of the economy are big causes of emissions too. Unfortunately, Massachusetts needs to make more progress in those sectors as well as electricity in order to meet the targets laid out in the Clean Energy and Climate Plan for 2020. Later this year, the Baker administration is due to release an updated Clean Energy and Climate Plan. And there is a committee in Rhode Island working on a similar plan for that state. Hopefully these plans will be both bold and realistic.

But I repeat – the economics of saving electricity trump (sorry to use that word) the economics of just about every other idea to reduce greenhouse gas emissions. Plans without actions that recognize this fact are wasted words resulting in wasted money.

You can use your own electricity dollar to vote against new gas pipeline infrastructure. Make the switch to 100% New England renewable energy and get off fossil fuels.