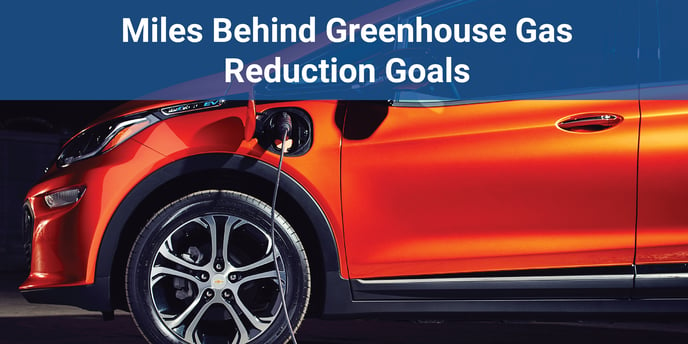 In recent weeks, policymakers in Massachusetts and Rhode Island have taken actions that will affect the states’ likelihood of meeting their stated goals of reducing greenhouse gas emissions. Their actions, or inaction, in the transportation sector are especially worth noting.

Rhode Island Rebates for EVs Have Been Suspended

Rhode Island is one of ten states to set aggressive goals for the number of electric vehicles (EVs) sold by 2025. With a target of 43,000, the Ocean State needs to increase the amount of EVs in Rhode Island by about 30 times in order to meet our 2025 commitment. There are many ways to reduce barriers to access and encourage the adoption of EVs, including rebates and investing in charging infrastructure.

Bloomberg New Energy Finance forecasts that EVs will be less expensive than cars with internal combustion engines between 2025 and 2030. In the meantime, however, state rebates are a great incentive to overcome the reluctance of buyers to purchase a car with new technology. Until recently, Rhode Island offered up to $2,500 for the purchase or lease of an electric car. When layered on top of existing federal tax credits of up to $7,500, these state rebates significantly helped to defray the costs of many EVs below the average cost of a new car.

Unfortunately, the RI state rebate recently expired. And efforts made by Governor Raimondo, who included $250,000 for rebates in her proposed state budget, were cut out in a recent legislative process. That line item would have been enough to get up to 200 more EVs on the road in RI.

This is a bad time to pull the plug on RI’s EV market. Technological advances and model improvements mean that quality, efficient electric vehicles are available at myriad price points. Even so, state rebates and tax credits make them more affordable. Failure to reintroduce a state rebate risks undermining the modest progress made so far to foster demand for EVs in RI. It also potentially jeopardizes near term progress and long term success because the federal tax credit will phase out for major EV models within a couple of years. It would be worthwhile to encourage Rhode Islanders to buy or lease now and take advantage of what Uncle Sam has to offer.

There are many great  EVs available today with several carmakers rolling out new or improved models at various price points – Chevrolet, Nissan, BMW, and Tesla – to name a few.

Get a discount on a new EV with Drive Green with Mass Energy and People's Power & Light.

Rebates are not the only way to encourage adoption of EVs, but they were the primary incentive in place in Rhode Island. Other incentives that have yet to be fully introduced in the state include greater availability of charging infrastructure and unique electric rate structures. Places with higher market penetration have also prioritized building more public charging stations – at workplaces, apartment buildings, rail stations, and shopping malls. Another incentive that makes sense is charging a lower rate to people who charge their EV during off-peak periods when the wholesale rate of electricity is lower. That saves the driver money but also uses the grid more efficiently to everyone’s benefit. Regrettably, neither of these incentives is currently in place in Rhode Island. However, to take advantage of the enormous opportunities on the road ahead, we must make investments now. Which is why People’s Power & Light respectfully calls upon the state’s elected officials to find the ways and means to get the EV market moving here in Rhode Island.

On August 11th, the Massachusetts Department of Environmental Protection (DEP) finalized several long-awaited regulations intended to help the Commonwealth comply with the 2020 GHG emission reductions mandated by the Global Warming Solutions Act (GWSA). The regulations, which were supposed to take effect in 2014, are several years overdue and will take effect in January 2018. That they come now is the result of May 2016 decision by the state’s Supreme Judicial Court (SJC) and Executive Order 569 signed by Governor Baker last September. We were a co-plaintiff in that lawsuit and were incredibly disappointed to see squandered an opportunity to drive down emissions in the sector that contributes most to GHGs in the Commonwealth: transportation.

Global Warming Solutions Act Requirements for Transportation merely imposes a requirement on the state’s Department of Transportation (DOT) to quantify and report on sector emissions between 2018 and 2020.

In our comments to DEP on the initial draft regulations, we urged the department to consider ways to accelerate the conversion of the state’s fleet to electric vehicles, to consider leveraging of other resources to encourage electrification of buses, or to explore the potential for vehicle to grid pilots to demonstrate what is possible. None of these suggestions are reflected in the final regulations.

The two transportation regulations put forth on Friday are minor at best and certainly will not yield any significant reductions between now and 2020. Transportation advocates will continue to lay the foundation for transportation gains in later years.  On a separate track, through advocacy and intervention in two dockets currently before the Department of Public Utilities, Mass Energy is working to address barriers to access to EVs by encouraging the implementation of key incentives and the buildout of EV charging infrastructure.

As always, follow our progress via updates on our advocacy page.

EVs are in the public’s interest

Now some readers may be asking why the state should reward someone for the car they choose. What’s the public interest here? We’ll start with the fact that in order to reduce greenhouse gas emissions to the levels the planet can tolerate, we have to get people off petroleum and onto cleaner electricity. The state has some great policies for renewable energy, but they are not enough to reach our emission reduction goals alone. An electric car’s emissions are 75% lower than the average new car. Second, recent reports show that the whole economy of a state like Rhode Island gets stronger by shifting to EVs because we import every drop of gasoline and diesel fuel. Meanwhile, EVs are cheaper to run on electricity and cheaper to maintain than the traditional combustion engine. EVs keep more money circulating in the Ocean State. Third, public health improves when we get rid of the exhaust pipe. Fewer fumes mean less asthma and less heart disease. For all these reasons, it makes sense to encourage folks to choose an electric vehicle.