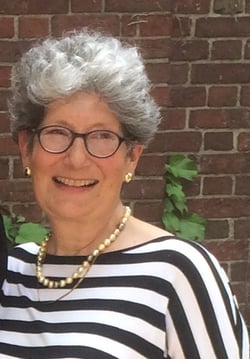 For the past year, Elisa Grammer has been helping Mass Energy intervene in proceedings at the Department of Public Utilities (DPU). She has assisted our Clean Energy Program Director, Eugenia Gibbons, and Executive Director, Larry Chretien, in writing pleadings related to the Massachusetts three-year energy efficiency plan and electric grid modernization. We have also benefitted from Elisa’s expertise and time in opposing the proposed electricity ratepayer financing of new fracked gas pipeline construction. Even before the release of the reliability study by Analysis Group (commissioned by the AG’s office), Elisa helped Mass Energy argue that utilities should be investing more substantially in energy efficiency and demand response rather than looking to saddle ratepayers with the costs of new gas infrastructure. The Analysis Group report, further validated this point of view and determined that even in a stressed scenario, energy efficiency and demand response both ensure reliability in the cheapest way possible and while delivering environmental benefits, too.

We recently chatted by phone with Elisa and asked her to share with our readers a little bit about the work she does – and why.

How did you come to be involved in the energy world?

I graduated from William & Mary Law School in 1976 and went to work for the U.S. Government Accountability Office (GAO) in Washington, D.C., where I worked on energy issues in various GAO reports. I got a graduate law degree in 1980 in energy and environmental law from George Washington University. I worked at the Nuclear Regulatory Commission (NRC), the Department of Energy, and then went into private practice in D.C. When we retired to the North Shore, I occasionally filed comments (as 47 Coffin Street Ratepayer Advocates) before the Department of Public Utilities (DPU), largely urging them to adopt demand response as a way to tackle high prices and perceived insufficient electric capacity.

Demand response empowers customers with information and enables them to change their usage patterns to reduce costs for everybody.

In one sentence, what is demand response and why is it important?

Demand response empowers customers with information and enables them to change their usage patterns to reduce costs for everybody.

How does it work?

The “how” question might be easiest to answer with examples. There are many types of demand response, but it might be best to focus on two.

One type of demand response consists of sending price signals to consumers so they can exercise their power to act in smart ways. What you do is tell people the truth, which is that when you use your washer and your dryer and your dishwasher and your air conditioning all at the same time during a heat wave, when everybody else is doing the same thing, you’re creating a moment of peak load. To meet this maximum demand, the system is going to turn on more power plants, which will cause more pollution and damage electric reliability because you’re calling on the dirtiest, most expensive plants that are almost never used.

If we set a price signal though, so that electricity is more expensive at moments of peak demand and you know that if you turn on your clothes dryer at this moment in time, you’re going to pay a higher rate, you’ll have an incentive to dry your clothes at a different time period. If you dry them at an off-peak time, you can save money, and the system is a whole is better off because the dirty, expensive plants didn’t need to start up.

The other kind of demand response is something called direct load control. With direct load control, you, the retail customer, are given an option to sign up to have a central entity (it could be the utility or a third party demand response provider) control your load. In other words, this demand response provider would cycle your air conditioning, your water heater, your heat, or other energy uses so that, if there’s a peak, your air conditioning, water heater, or heat doesn’t need to be on. By cycling use and anticipating peaks, demand on the system as a whole is lower. Direct load control mechanisms are for the most part invisible to the customer (who is even going to notice that their hot water heater is cycling off?) and the customer usually gets paid for the direct load control they’re providing through a reduction in rates. If you have a large group of people willing to do it, you can forgo the need to turn on that generator or build that extra capacity.

In short, with demand response, when a few people do it, it really benefits everybody. Even the person who is using during the peak benefits!

What have you been doing with Mass Energy?

I help with pleadings at the Department of Public Utilities (DPU). We make the argument for meaningful action on demand response, which is, I have to say, fairly unique as regards to Massachusetts in that Massachusetts does among the least of it of any state in the country.

For example, prior to the August ruling by the Supreme Judicial Court, the DPU was considering whether to approve the electric utilities’ proposals that electricity ratepayers finance the construction of new fracked gas pipelines. The utilities argue this measure is needed to meet future peak demand moments. However, the DPU requires that applicants consider all options to solve a problem and choose those which are most reliable and least-cost. We – 37 Coffin Street Ratepayer Advocates and Mass Energy – have argued before the DPU that the utilities’ proposals fail this metric by failing to address demand response.

I do think that regulated utilities and utility regulators begin to talk to each other and sometimes forget the role of the consumer. I think Mass Energy is great because they really are looking for the solution in terms of pricing and environment and looking at them in a sensible and consumer-oriented way.

What would you say in conclusion on this topic?

You’re not going to get good prices for people unless you do begin to allow the demand side to have a say. The worst thing you can do is hide the facts from consumers with the notion that you are protecting them by not telling them the whole truth.

Thank you, Elisa, for all of your help and all the work you do on behalf of electricity ratepayers in Massachusetts! We are fortunate to benefit from your commitment and expertise to elevate energy efficiency and demand response as reliable, cost-effective climate measures and alternatives to new pipelines.