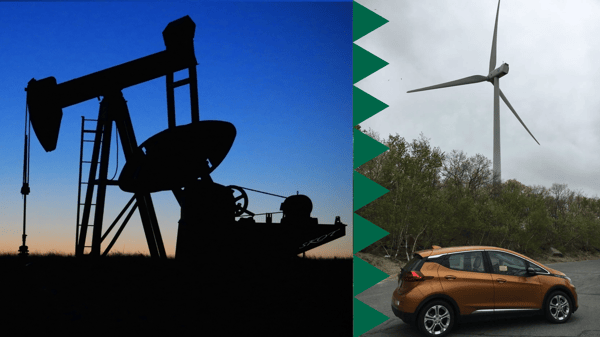 I’m old enough to have been in junior high school when Arab members of the Organization of Petroleum Exporting Countries (OPEC) imposed an embargo against the United States in retaliation for U.S. support of Israel in the 1973 Arab-Israeli War. That was the first of two serious “oil shocks” to the economy in that decade.

Fast forward to 1991 and we saw Iraq invade Kuwait, which instigated American involvement in the Gulf War. As far as wars go, “Operation Desert Storm” had relatively few American casualties. But there were casualties and a financial cost as well. Wars are not cheap.

Iraq had no business invading Kuwait and the US worked with over thirty countries to push Saddam Hussein out. But I always wondered if America would have responded so strongly to an invasion of a country with something “less to offer."

So, in 2003, a couple years after 9-11, it was not surprising to see the U.S. go back to Iraq to end Hussein’s regime once and for all. The Iraq War was not quite so easy. American casualties were high. Iraqi casualties were much higher, including among the civilian population. There’s no question that the US commitment to the war in Iraq was heightened by American oil interests.

All these years, our nation’s diplomatic stance on countries such as Saudi Arabia have absolutely been shaped by the kingdom’s control of vast oil reserves – even to the point at which we have basically looked the other way on its human rights abuses and even after the Saudi prince organized a brutal assasination of Washington Post journalist Jamal Khashoggi in 2018. The reason why Saudi Arabia gets special treatment is blatantly obvious. 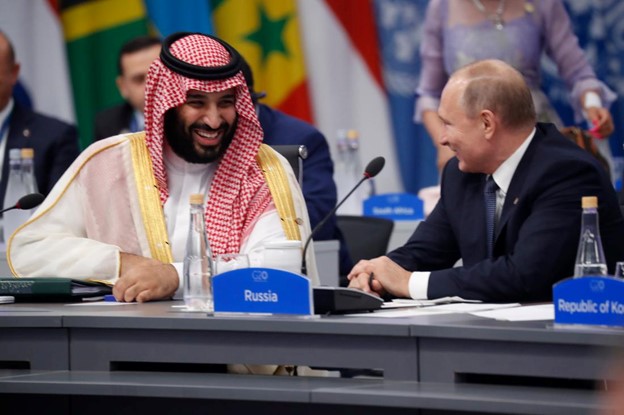 Saudi Prince Mohammed bin Salman and Russian President Vladimir Putin, representing the 2nd and 3rd largest oil producers in the world (US is #1).

And so here we are again – watching Vladimir Putin order yet another invasion of Ukraine, a democracy not fortunate enough to be a member of NATO. The consequences of this aggression will be horrific to both combatants and to Ukrainian civilians.

The human toll is, of course, the worst consequence of Russia’s invasion. But we will all definitely see an economic impact here, in Europe, and throughout the world. Expect to see prices of natural gas and oil spike. I'll make no predictions as to how high, but it won’t be pretty. The damage to our economy will make investments in clean energy look like a darn cheap insurance policy.

The US effort to thwart Putin is supported by Germany, France, England and other nations. But even the resolve of our European stalwarts had been tested by their severe dependence on gas from Russia’s Nord Stream 1 pipeline.  Over the years, Europe's addiction to Russian energy has made it somewhat reticent to stand up to Putin with respect to Syria and Ukraine.  Our allies are standing up now, but is it too late for Ukraine?

The simple point being made here is that Putin’s ability to bring hundreds of thousands of well-armed troops to Ukraine has been paid for by the high oil prices over the last couple of years. Russia is a petro-state, just like those in the Persian Gulf. A huge part of its national budget is funded by sales of oil and gas. Worldwide demand for oil and gas has fattened the wallet of Russia.

Arguably, in 1973, we did not have enough viable alternatives to turn off the spigot of oil from hostile nations. But today we do. Let’s make the switch to clean fuels (that is, renewable electricity powering electric heat and cars) once and for all – because climate change itself exacerbates tensions and wars around the world.