The Massachusetts Green Communities Act (GCA) requires investor-owned gas and electric utilities to capture all efficiency and demand reduction resources that are less expensive than supply. Proposed savings through efficiency are detailed in what is referred to as Three Year Efficiency Plans (3YP). The plan for 2016-2018 has been in development for the last ten months. The utilities released their most current draft plan on September 23rd and the Energy Efficiency Advisory Council (EEAC), a group of appointees tasked with overseeing plan development, has yet to approve what has been proposed or to make its recommendation to the Department of Public Utilities (DPU) regarding plan approval.

Our Executive Director, Larry Chretien represents the Massachusetts Nonprofit Network on the EEAC. He has been deeply engaged in the process  and continues to push for higher savings goals and a plan that meets the requirements of GCA to capture all-cost effective while also helping to ratchet down emissions in line with what is required by the Global Warming Solutions Act (GWSA) 25% below 1990 levels by 2020, 80% by 2050. 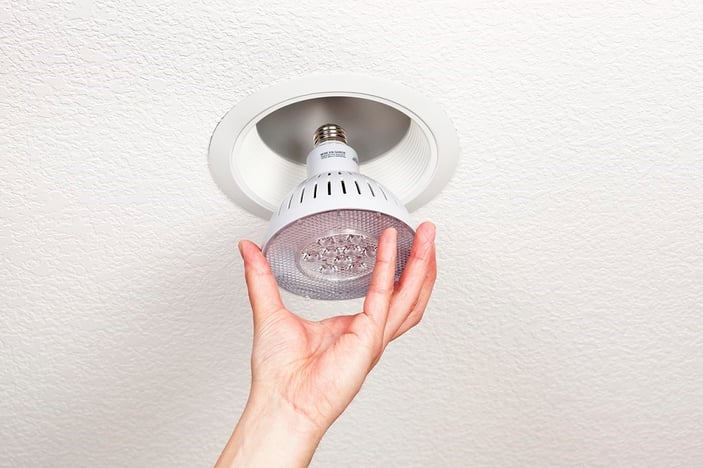 When it comes to energy efficiency, it’s important to remember two things:

And despite all this, earlier this year we reported that in their initial draft plans, the utilities proposed reducing the amount of energy saved through efficiency in 2016-2018 as compared to the 2013-2015 Plan. We were especially disappointed by the proposed goal reductions because they conflict with the findings of an assessment of efficiency potential, and a subsequent key drivers analysis, both conducted by consultants for the EEAC concluded that MORE energy should be saved in 2016-2018.

This graph, taken from the consultant’s assessment, shows the trajectory of energy savings from 2010 through today, along with the utilities’ proposal and the consultants’ recommendations.

What kind of messages should we be sending on efficiency?

On July 21, the EEAC unanimously voted for a resolution that called for the higher energy savings goals outlined in the consultants’ assessment. The resolution also called for more detail in many cases. Following a closed door negotiation between the utilities, and representatives from the Department of Energy Resources (DOER), and the Attorney General’s Office (AGO), a term sheet (which details program budgets) and a revised draft plan were released on September 23rd. The term sheet goals are still less than what the EEAC consultants identified as all-cost effective and potentially available (3.1% electric, 1.5% gas). This means the latest draft plan still leaves on the table a lot money, energy savings, emissions reductions, jobs, and health benefits.

In addition, a 25% increase in Performance Incentives – from $80M to $100M – has been built into the Term Sheet. Twenty million dollars more paid to investor-owned monopolies for doing less than what the EEAC and its consultants have asked for. However, the Term Sheet negotiated by the DOER and AGO has not yet been approved by the EEAC. Larry Chretien has proposed splitting the Performance Incentives out and allocating them by sector and in proportion to the savings contribution each sector (residential and commercial & industrial (C&I)) makes to the overall goals. This proposal was made because the utilities have consistently failed in recent years to meet their goals in the C & I sector. His proposal piqued the interest of several other councilors who agreed the concept was worth exploring further.

The Council is set to vote on a resolution including recommendation for plan approval or disapproval on October 21. The resolution and the recommendation will accompany the draft plan to DPU who will decide whether or not to approve the Three Year Energy Efficiency Plan submitted by the utilities. In the meantime, if you would like to weigh in on the draft plan, including improvements like support for higher savings goals, you might consider submitting comments to the council directly. This is a public process and input from the public is valuable and highly necessary.

Contact Eugenia Gibbons to learn more about how you can participate in this process, eugenia@massenergy.org, 617-524-3950 x 141.