More than a year ago Andy Zucker asked Larry Chretien whether it would be useful if he volunteered to help Mass Energy lobby the state legislature to increase the Renewable Portfolio Standard requiring more renewable energy in our electricity supply. Larry said ‘yes’ and since that time h has met with many legislators and legislative staff. We asked if he would write a Guest Blog, which follows: 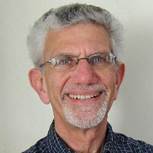 My reasons for volunteering with the Mass Energy Consumers Alliance (Mass Energy) go back years. I remember when The Limits to Growth was published in 1972, based on an innovative computer simulation of the world’s future under various scenarios, developed at nearby MIT. That book, which sold at least a million copies, was a warning of what would happen if the world did not change its patterns of consumption, growth, and pollution. The challenges we now face from carbon pollution of the atmosphere, as well as the collapse of various world fisheries, are consistent with the book’s warnings. A few years later I was able to introduce high school students to similar computer simulations allowing them to try different scenarios for the future—software developed by professors with assistance from the National Science Foundation.

Thus, like many people, I have been aware of the major, looming problems for decades. Still, when I read in the news two years ago that scientists discovered that melting of the West Antarctic ice sheet is irreversible, I was startled. Major threats to our way of life are present now, not only in the future.

I knew that the science of climate change is well-established, and that the world has been slow to act, so I became interested in psychology and climate change—why people and governments have resisted action despite abundant knowledge. For two years I have blogged on this issue at climatepsychology.wordpress.com

When I retired about 2 years ago I attended meetings and classes about climate change and “shopped around” for first-rate organizations. I found Mass Energy and thought, “Here is a group that is sensible, forward-looking, and works hard to make change.” Mass Energy understands the state’s complex energy situation, and I am happy to help Larry Chretien, Eugenia Gibbons, and the rest of the team encourage state policymakers to do the right thing about energy and climate change, including increasing the Renewable Portfolio Standard (RPS). I also signed up with Mass Energy for green energy.

Massachusetts can wean itself off fossil fuels more quickly than current policies suggest. If we don’t, not only are we failing the next generation, we won’t even be able to meet the Commonwealth’s mandated goals under the Global Warming Solutions Act of 2008. For a wealthy, progressive state that would be a shame and an embarrassment.

Massachusetts is fortunate to also have a number of other first-rate environmental organizations pushing for change. Yet public advocacy by individuals remains very important. Letters, phone calls, and conversations with legislators do make a difference. There is space for many volunteers to help the state do the right thing by making the recently introduced comprehensive energy bill stronger. The more people who contact legislators, the better.