The “Member Spotlight” series highlights the individuals that make our organization great. Each post tells the story of an outstanding Mass Energy or PP&L member. By sharing their stories we hope to spread the word about their unique efforts and inspire others to follow in their footsteps. 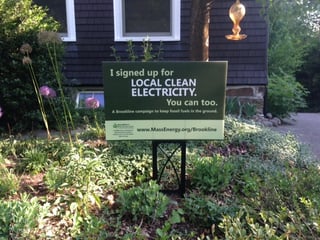 While waiting in her car in Brookline to pick up one of her kids, Michele Putko noticed a lawn sign that read "I Switched to 100% Green Energy, and So Can You. Visit www.massenergy.org." Having previously ruled out solar panels for her home, Putko enrolled in Mass Energy’s New England GreenStart option with the information she gathered from the sign. In a world of unwanted and misleading solicitation regarding “green energy” and ambiguous energy rates, Putko found Mass Energy extremely transparent and reliable. 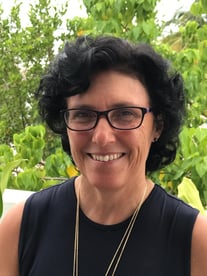 Putko is a professor at UMass Lowell where she teaches thermodynamics to mechanical engineering majors. She feels a key component in this course is to develop energy literacy in her students. Energy literacy entails assessing the credibility of information about energy, communicating about energy and energy use in meaningful ways, and making informed energy use decisions based on an understanding of impacts and consequences.  Each semester her students are required to complete an energy literacy project where they demonstrate that they have attained these outcomes. After several years of continued membership with New England GreenStart, Putko concluded that partnering with Mass Energy would set the foundation for an ideal energy literacy project; and it could also support the growth of renewable energy in the community. Last year her class formally partnered with Mass Energy on a project.

In this project her students learn to explain Mass Energy’s Green Power options to the public, as well as how contributions to the New England Wind Fund directly support local renewable wind power. The students have had remarkable success since Putko founded this initiative, raising thousands of dollars in support of the New England Wind Fund and preventing thousands of pounds of carbon emissions.

Originally from the Berkshires, Putko attended the United States Military Academy at West Point soon after it opened for women.  During her 28-year Army career as a logistics officer she earned two masters and a doctorate degree. She found value in teaching through her experience instructing cadets in engineering classes at WestPoint. Retiring from the Army as a colonel, Putko moved back to her roots in Massachusetts. While teaching at UMass Lowell, she came to realize how deeply engineering, economic, environmental and social factors concerning energy are intertwined, and how significantly these factors contribute to climate change.

She has created a thermodynamics curriculum that connects the nitty-gritty engineering calculations of heat and energy transfers with how local energy production and consumption affect global climate change. Perhaps most importantly, her teaching has inspired her students to go out and actively communicate about the options in local, renewable energy. Not surprisingly, her students and most ratepayers are totally unaware of this option before learning about Mass Energy. Putko’s students describe the project as both useful and eye-opening.  She looks forward to continuing the project in the coming year.