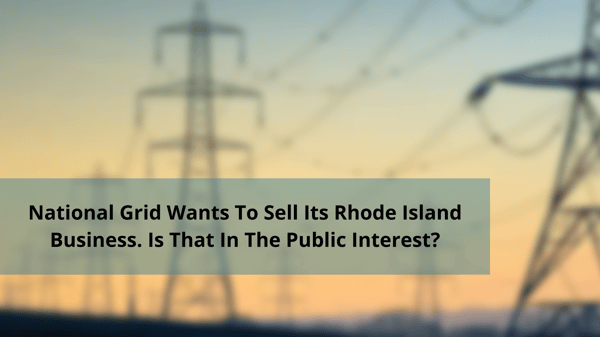 Update (March 9, 2022): Green Energy Consumers Alliance strongly supports the work of RI Attorney General Peter Neronha and MA Attorney General Maura Healey to make sure this sale is fully vetted before being going through. Last week, Attorney General Neronha appealed the Division's decision, which will bring it to the review of the Superior Court. And the Massachusetts Supreme Court granted Attorney General Healey's motion for a stay on a permit for the sale, which means that the transition to PPL is currently on hold. The RI Superior Court's review begins this month.

Update (February 23, 2022): The Division of Public Utilities and Carriers issued an order today to approve the sale with no additional conditions. Although we think this was the wrong decision for Rhode Islanders, we will work with PPL, regulators, and the General Assembly to ensure that PPL can help the state meet its Act on Climate goals.

One of the biggest questions in Rhode Island’s clean energy future is on the verge of conclusion: will Pennsylvania-based utility PPL succeed in buying National Grid’s Rhode Island electric and gas utilities? If the sale goes through, PPL will become the new utility company for almost all Rhode Islanders.

We wrote about the issue last June. Rhode Island utility law stipulates that the sale must be consistent with the public interest; past precedent has established that the sale must result in no net harm to the public. It is up to a state agency called the Division of Public Utilities and Carriers (DPUC) to prove that the sale will not cause "net harm" to consumers and the environment.

Unfortunately, the decision is not up to us. Within the next couple weeks, we should hear whether Hearing Officer John Spirito at Division of Public Utilities and Carriers (DPUC) has found reason to approve PPL as the new utility company for almost all Rhode Islanders.

Since we last wrote about the PPL sale, Green Energy Consumers has been engaged in the case before the DPUC as an official “intervenor.” This means that we have had special status to submit expert testimony, ask questions of the petitioners, PPL and National Grid, and review confidential information. The other intervenors included the petitioners, the Division Advocacy Section, the Attorney General’s Office, Acadia Center, and Conservation Law Foundation. (The Office of Energy Resources was an initial intervenor but has since dropped off the case). In post-hearing briefs, all of the intervening parties besides PPL and National Grid argued that a sale to PPL would be bad for Rhode Island.

PPL is a utility company based in Pennsylvania that operates gas and electric utilities in Pennsylvania and Kentucky and, until recently, the United Kingdom. Last summer, it sold its UK businesses to National Grid for $10.7 billion as part of the same deal in which it has proposed to buy Rhode Island’s utility companies for $3.8 billion. 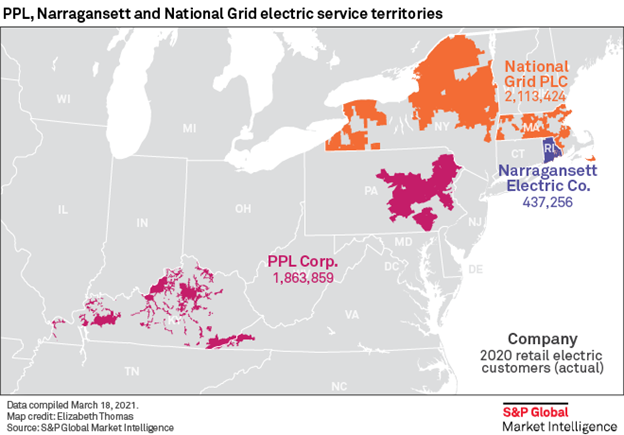 What makes Rhode Island’s utility businesses so appealing to PPL? In the investor-owned utility model, shareholders receive a guaranteed rate of return from a state-sanctioned monopoly. Rhode Island’s electric and gas utilities are decoupled, which means that shareholders in the holding company profit from investments into the physical infrastructure (poles, wires, and pipes) of the gas and electric systems, rather than from increased sales of gas and electricity - this avoids an incentive to increase gas and electric sales, which would clearly be very bad from an efficiency and conservation standpoint. PPL clearly believes that it has an opportunity to profit from investments into the electric and gas infrastructure.

In return for guaranteed profits, the utility accepts heavy regulatory oversight and the requirement to deliver safe, reliable energy. The last sale of a Rhode Island utility, the 2006 sale of Southern Union’s gas business to National Grid, set a precedent that the company must receive approval from the Division contingent upon a finding that the transaction will “not unfavorably impact the general public (including ratepayers)” (via Division order in D-06-13, p. 52).

The debate before the DPUC has centered on the question of unfavorable impact to the public. PPL is arguing that the Division need only consider size and financial strength in its decision, and that the sale should go through because it is a “large and experienced utility holding company.”

But we know—and the environmental advocates have argued—that the 2021 Act on Climate must be considered a central part of the public interest.

The Division Advocacy Section and Attorney General have examined the financial implications of a sale to ratepayers and to the reliable administration of the utility, finding some concerning signs that we won’t discuss in this blog. And the Attorney General has outlined a number of important process concerns with how the case was run; notably, there was a complete lack of public input. Check out their excellent post-hearing brief for more.

The Impact on Climate

The last time the Division considered a utility sale case was in 2006. 16 years ago, there was no Act on Climate, much less robust clean energy programs, and the unmitigated disaster that is the climate crisis was not being felt as it is now. It is unacceptable to pretend that the climate crisis is irrelevant to a state decision in 2022, especially one as important as who the electric and gas utility is for the foreseeable future.

The utility company is central to our success in meeting Act on Climate goals. Currently, the utility is charged with administering our most important clean energy programs, including the energy efficiency programs, the Renewable Energy Standard, interconnecting and contracting with renewable energy developments, and more. In the future, if we are to meet our climate goals, the utility company will almost certainly have to procure thousands of megawatts of offshore wind, ramp up our energy efficiency program, and figure out a plan to pare down the gas system. It has also been required by the Public Utilities Commission to submit a plan for rolling out smart meters and grid modernization investments. Smart meters and grid modernization are crucial to developing a more efficient, equitable grid as we build out renewable energy and electric buildings and transportation. 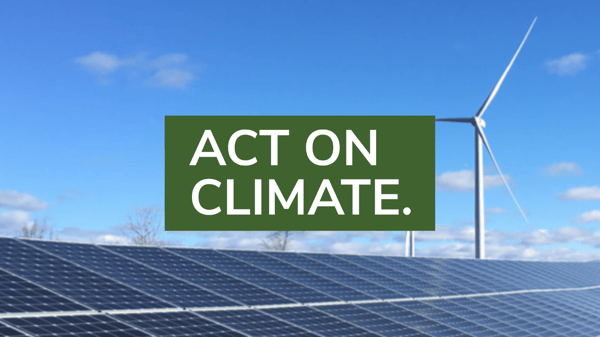 The role of the utility company in meeting Act on Climate cannot be understated. So is PPL up to the challenge? We think not.

PPL’s primary experience is in Pennsylvania and Kentucky, jurisdictions with much less ambitions requirements for clean energy. Compare this to National Grid’s experience in Massachusetts and New York, where the utility companies are being pushed by policymakers to come up with more energy efficiency investments, procure offshore wind, and develop plans to decarbonize the gas system, as in Massachusetts’ Future of Gas docket. Rhode Islanders receive material benefits from National Grid’s shared experience with Massachusetts and New York. Through National Grid, we get access to economies of scale and more advanced clean energy proposals from these other jurisdictions. National Grid’s proposals on energy efficiency in Rhode Island are far more forward-thinking than they would be if we were sharing efficiency plans with Pennsylvania and Kentucky, whose efficiency programs are ranked among the worst in the country.

To give another example, National Grid had proposed a near-simultaneous roll out of smart meters in New York, Massachusetts, and Rhode Island. The shared costs for this important new infrastructure would reduce costs to Rhode Islanders. Although PPL’s other jurisdictions already have smart meters, the distance and different regulatory environments mean that Rhode Islanders might be left with more costs than we want.

In the case, PPL didn’t even try to claim that it could do as good a job as National Grid on clean energy. Instead, it argued that the Act on Climate does not apply to the company without specific directives from state agencies.

The Act on Climate requires state agencies, including the DPUC to implement state climate goals. Other agencies have started to take this role seriously, but the Hearing Officer has given some concerning signs that he is not considering Act on Climate in his evaluation of the sale. Environmental organizations were limited to considering existing law and policy, even though we know we’ll need much more aggressive energy policy in the near future in order to meet our climate goals. This meant that we could only consider the existing, low Renewable Energy Standard, rather than the much higher proposed standard of 100% Renewable Electricity by 2030 or large offshore wind procurement goals that we know we’ll need given the Act on Climate. 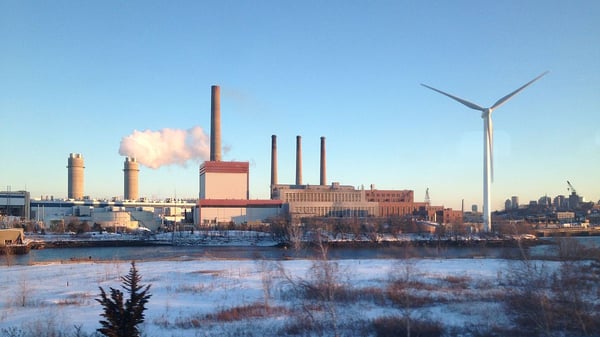 It has now been a year since National Grid announced plans to sell. In that year, the utility company submitted sub-par energy efficiency plans that are still being debated at the PUC; the Office of Energy Resources postponed the crucial 600 MW offshore wind procurement for the sale; and the smart meter and grid modernization proposals filed in early 2021 were effectively dropped. This was a vital year for clean energy implementation that we can’t get back and if we switch now to PPL, there will undoubtedly be a ramp up period that we cannot afford. Whoever the utility company is, we expect them to make up for lost time by strengthening and speeding up the clean energy programs they administer.

To learn more about how to support clean energy legislation this year, register for our webinar coming up on March 2nd at 12pm: Time to Act On Rhode Island’s “Act On Climate”