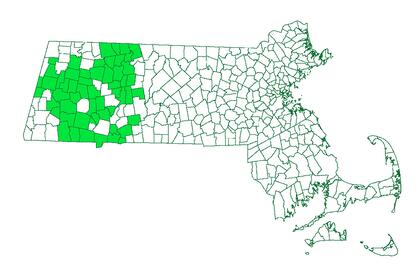 This summer, our green power programs will finally become available to folks living in Western Mass Electric Co. (WMECO) service territory. That means WMECO customers can make the switch from fossil fuels to local renewable energy, like Berkshire East’s local wind turbine! The simple action of signing up to make the switch helps Mass Energy/PP&L invest in local projects, making them financially viable to build. Our green power members continue to support the Berkshire East turbine to this day. What better place to celebrate?

Berkshire East, located in northwestern Massachusetts, knows first-hand the benefits of alternative energy. Some years ago, the folks at Berkshire East weren’t enjoying business as usual, and were facing astronomical electricity costs, due to an enormous lack of snow. Because the ideal skiing conditions were not there, Berkshire East had to make their own snow, and you can imagine how expensive the cost can be! The cost of their electricity skyrocketed and they could not afford to continue operating as they were, so they decided that something had to be done and turned to renewable energy. A 900 kW wind turbine was built over the span of two years and was up and running in 2010. Now, the local wind turbine is  connected into the electric grid, feeding it power, so Berkshire East has cut a deal in return to fix their electricity rates at 2007 levels. This has saved the resort large amounts of money and allowed Berkshire East to stay open despite a few winters that our warming climate has made less snowy than desirable.

On July 27th at the Berkshire East Wind Festival, we’ll celebrate not only alternative energy and our launch in WMECO territory, but the success that wind power has brought to Berkshire East as well! Mouth-watering BBQ by our friends at Cliff’s Smokin’ Backyard BBQ, a scenic chairlift ride up the mountain to tour the local wind turbine, and a discount on a Mountain Top zip-line adventure are all part of the festivities for the event.

Charlemont is approximately 2.5 hours away from Boston so if you’re traveling from far, bring the family and make it an outing for the day. There are plenty of other things to do in the area after the tour—from hiking, to horseback riding, to rafting, all right nearby.

What’s it like to tour a local wind turbine?

Mass Energy & People’s Power & Light have held many local wind turbine tours, and they’re a lot of fun. Our attendees learn about the different parts of the turbine—from blades and nacelle (the gearbox up top) to the tower and base.

We like to bring people up close to wind turbines to debunk myths, such as that wind turbines are noisy and cause adverse health effects. In fact, most of our turbines are very close to schools and residences (and skiers) and have been received positively by their communities with very few complaints and zero proven health effects. Our attendees learn, by being up-close, that turbines are non-disruptive, beautiful, and beloved when properly sited. You can read more on debunking wind power myths in our upcoming blog, In Defense of Wind.

Get tickets for the Berkshire East Wind Festival

So, we hope to see you at the Berkshire East Wind Festival! If you are interested in getting tickets or more information, you can do so online at https://fourthannualberkshireeast.eventbrite.com or you can contact Marinna Teixeira at 800-287-3950 ext. 142 or Marinna@massenergy.org.